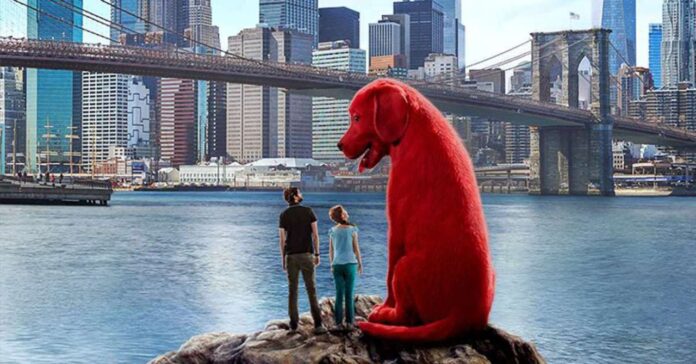 Sit Clifford sit! Good dog! Paramount’s Clifford the Big Red Dog movie, which they just released a trailer for not too long ago, isn’t hitting theaters as expected. Due to the outbreak of the Delta variant of COVID-19, the studio has decided to pull the movie’s theatrical release on September 17th 2021.

If that’s depressing news, I feel ya. It’s not like Clifford was a movie I was especially looking forward to, but headlines like this should be a thing of the past. However, they’re slowly but surely coming back.

Clifford had been projecting well according to analysts, which makes this news doubly disappointing for Paramount. However, it’s not like the film was going to be a Marvel-sized blockbuster or anything, and there’s a good chance they will make it a Paramount+ streaming exclusive similar to Infinite. If families are staying home, and they were eager to see this movie, then they’ll pay to watch it at home. [Deadline]