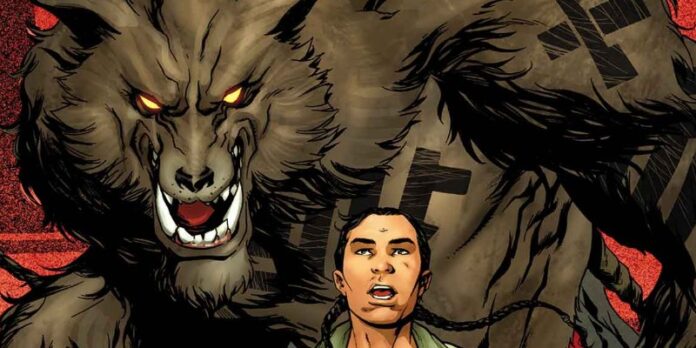 Marvel Studios has yet to really tap into the horror side of the MCU, although that is about to change. With a Blade movie coming up led by Mahershala Ali, and Marvel Zombies featuring in this season of What If…?, a new rumor says that Marvel has a Halloween special coming up for Disney+ that may feature one of its classic horror characters, Werewolf by Night!

TheWrap reports Marvel is seeking a Latino actor in his 30s to star in an upcoming Halloween special on Disney+ that will center on a werewolf character that could turn out to be Werewolf by Night. Production would begin in early 2022. Details are sketchy as to what this project will be. A movie? A series? An anthology?  Halloween naturally lends itself to the anthology horror format, and a Marvel version could be very interesting. There is no shortage of horror characters to choose from.

Werewolf by Night is a name associated with two characters. The most prominent is Jack Russell, a Lycanthrope descendant who gains the powers of the werewolf. He also shares a close association with Moon Knight, who has a Disney+ series coming up led by Oscar Isaac.

The most recent is Jake Gomez, a member of the Hopi tribe who gains his Lycan ability to transform due to a curse.

It’s clear that some kind of mandate has gone down at Marvel to put emphasis on the darker characters. A newly-announced Midnight Sons video game is on the way that will feature many of the characters who operate within the paranormal sphere. I wouldn’t be surprised if Marvel Studios was building up to a Midnight Sons or Marvel Knights movie in some way.