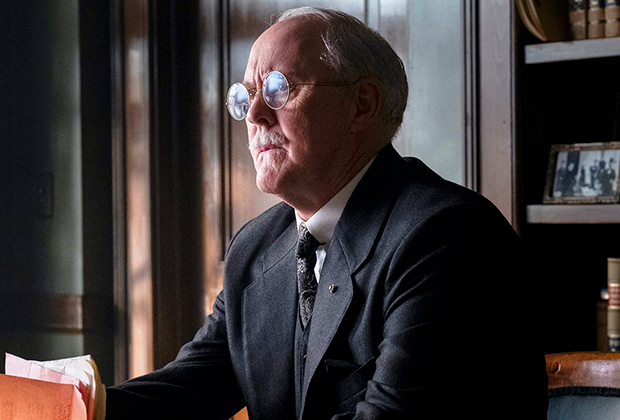 Martin Scorsese has been shooting Killers of the Flower Moon for a few months, and yet the cast keeps growing. There has been a lot of buzz surrounding the recent addition of Brendan Fraser (who is quite choked up about it) to a cast that already has Leonardo DiCaprio, Jesse Plemons, Robert De Niro, and Lily Gladstone. And now you can add John Lithgow to the big-budgeted Apple TV+ feature.

Lithgow joins a film set in 1920s Oklahoma where members of the oil-rich Osage Nation are systematically murdered in a series of crimes known as the Reign of Terror. The investigation was instrumental to the formation of the FBI. This will be Lithgow’s first time working with Scorsese, which seems sorta incredible they’ve never crossed paths.

Killers of the Flower Moon hits Apple TV+ in 2022. By that time Lithgow could be an Emmy winner as he’s currently nominated for his performance in HBO’s Perry Mason series.