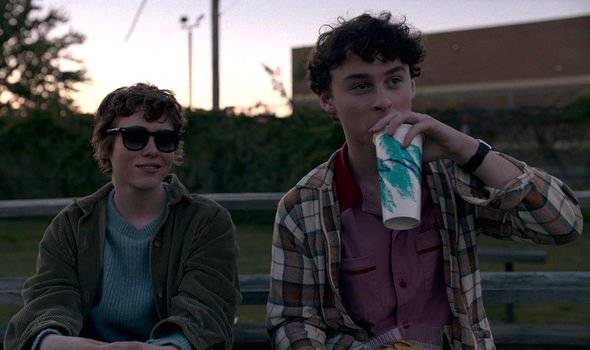 Whether it’s her roles in It and It: Chapter 2, HBO’s Sharp Objects, or the currently-in-theaters horror Gretel & Hansel, one thing is clear: Sophia Lillis is a star on the rise. And now she turns her attention to Netflix for I Am Not Okay with This, a series that boasts the combined talents of the minds behind Stranger Things and The End of the F***ing World, so it’s got a good shot of being a huge hit.

The series stars Lillis as an awkward teen dealing with all of the usual angst that comes along with being a high schooler, only on top of that she’s also dealing with her growing superpowers.

SYNOPSIS: I Am Not Okay With This is an irreverent origin story that follows a teenage girl who’s navigating the trials and tribulations of high school, all while dealing with the complexities of her family, her budding sexuality, and mysterious superpowers just beginning to awaken deep within her. From director/EP of The End of the F***ing World Jonathan Entwistle and the producers of Stranger Things comes a new series based on the Charles Forsman graphic novel.

Behind the show are  The End of the F***king World’s Jonathan Entwistle and Christy Hall, with Stranger Things’ Shawn Levy as an exec-producer. Lillis is reunited in the cast by It co-star Wyatt Oleff, along with Sofia Bryant and Kathleen Rose Perkins.

I Am Not Okay with This comes to Netflix on February 26th.