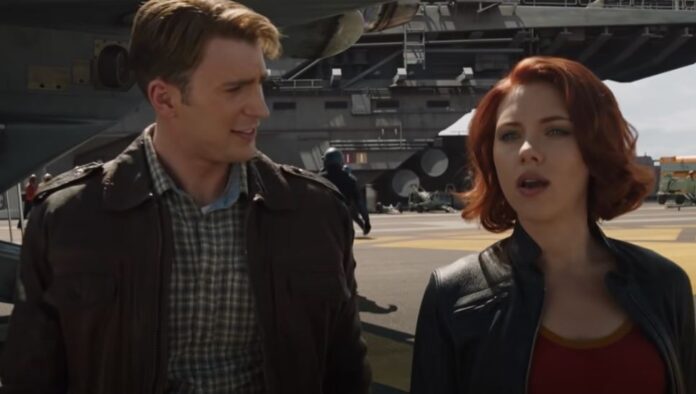 For a while there in the MCU it looked as if Captain America and Black Widow were going to become a thing. Like romantically. Then she sorta bounced around a bit in her affections and he couldn’t get over Peggy who was like 90-years-old but still younger than him…whatever. Well, the closest you’re ever going to get to that actually happening is with the upcoming film Ghosted, which a romantic action-adventure that reunites Chris Evans and Scarlett Johansson.

Deadline reports Evans and Johansson will star in Ghosted, a co-production by Apple and Skydance. Plot details aren’t available yet, but the talent on board is very significant. Not only is the script from Deadpool duo Paul Wernick and Rhett Reese, but directing is Dexter Fletcher, best known for Bohemian Rhapsody and Rocketman.

Of course, the big draw is the reuniting of Evans and Johansson, who not only starred in four Avengers movies together, but a couple of solo Captain America films, too. While Apple has been spending big money on streaming projects of late, this seems like one they might want to push theatrical because it could be huge.