Home Reviews Review: ‘The Tomorrow War’Chris Pratt Fights For The Future In A Sci-Fi... 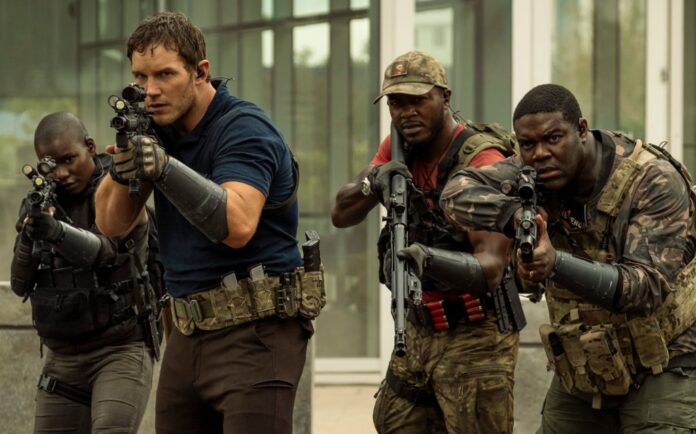 Chris McKay’s The Tomorrow War opens with Chris Pratt hurtling through a hazy sky, landing in the middle of a war zone. His character, mild-mannered family man and ex-military dude Dan Forester, looks as dumbfounded as he should given the circumstances. Fortunately, the film about a futuristic battle against an invading extraterrestrial force keeps its windy time travel premise pretty simple, focusing on action and the human ability to fight back against overwhelming odds.

The Tomorrow War isn’t a complicated movie, like so many dealing with time travel machinations tend to be. Instead, McKay and screenwriter Zach Dean boil it down and find the human drama within the alien warfare. While it stumbles into familiarity eventually, it’s a big, exciting summer blockbuster with a surprising amount of heart.

Dan is a guy in need of a job. He’s a brilliant guy with a caring wife Emmy (Betty Gilpin) and equally smart daughter Muri (Ryan Kiera Armstrong). All he wants to do is take care of them, and to ensure they have a bright future. But that future is literally threatened with the sudden arrival of soldiers from the year 2051, who teleport into the middle of a televised soccer match with a dire warning. Humanity will be destroyed in thirty years if they don’t do something now. And that means all able-bodied people need to come and fight against space aliens seeking our destruction.

What’s interesting about The Tomorrow War is that it actually looks at the impact such an ultimatum would have. Thirty years isn’t that far ahead; most people living in the present would see the end come. While that drives some to be gung-ho about fighting the good fight, such as veteran soldier Dorian (Edwin Hodge), for much of the country it causes a depression to sink in. What’s the point of doing anything with your life if there’s no hope you’ll get a chance to enjoy it?

Similar to Starship Troopers, minus the satirical edge, The Tomorrow War takes us into the drafting, the training, and yes even the propaganda that goes into launching such an effort. With only 30% of draftees surviving their first tour, it takes a lot to keep up morale. Another thing causing a ripple effect of malaise is that anyone drafted must be people who are dead before 2051, in order to prevent any screw-ups with the timeline.

How’s that for a selling point? “You’re gonna die anyway!” Put that on the Uncle Sam poster.

The actual aliens are kept at bay until it’s time to fight, and they’re quite a tenctacled, dagger-shooting sight to behold. Appropriately called the “white spikes”, they have unparalleled speed and attack in overwhelming numbers. When Dan, who takes on the role of leader like a man born for it, first gets a look at the enemy he’s as stunned as anybody, and takes to protecting his squadmates like the terrified Charlie (scene-stealer Sam Richardson, having a very good year). Still, a lot of characters we get to like don’t survive those opening assaults, and even fewer make it to the final battle.

The Tomorrow War benefits from having such extremely high stakes, while also showing the personal cost for those enlisted in this suicide mission. Practically every alien invasion movie puts the fate of humanity on the line, but it’s an abstract notion. What makes that threat so meaningful here is that Dan and others are literally fighting for the next generation, their own children, who run the risk of growing up in a world that no longer exists. Dan can look into his daughter’s eyes and know that he either did everything he could to save her, or not.

Pratt, who takes on a producer role for the first time, is the reliably likable action star we’ve come to expect, shifting from comedy to serious to sensitive with ease. There’s more to him here than he’s usually called upon to do, and nails it. He’s joined by JK Simmons who plays Dan’s estranged father, and Yvonne Strahovski who plays a future military leader who grows close to Dan in a surprising way that shouldn’t be spoiled here. If there’s a complaint about the casting at all it’s that Gilpin doesn’t get to be part of the cool shit. We know from The Hunt how well she can handle a gun!

While so much of The Tomorrow War works as thrilling popcorn fun, you also wish some of the action set pieces were more creative. McKay, who is best known for directing The Lego Batman Movie, keeps the major sequences simple and easy to follow, but they aren’t especially memorable and might have played better on the big screen. The Tomorrow War throws a lot at you: deadly space invaders, complicated family dynamics, planetary annihilation. It can get a little bit out of control, and I have to admit it took a couple of viewings for me to decide if there was just too much going on. But you have to admire the ambition to offer something more, and still just be a really entertaining movie where we get to see Chris Pratt make a lot of things go BOOM!

The Tomorrow War hits Amazon Prime Video on July 2nd. Be sure to check out my interview with Chris Pratt and Edwin Hodge here! 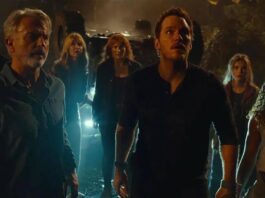 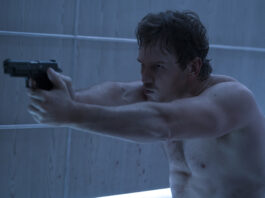 ‘The Terminal List’ Trailer: Chris Pratt Is A Navy SEAL Out... 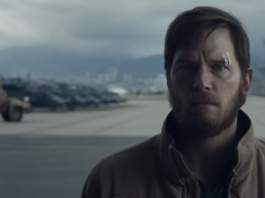 Chris Pratt Has Vengeance To Deliver In The Trailer for Amazon...