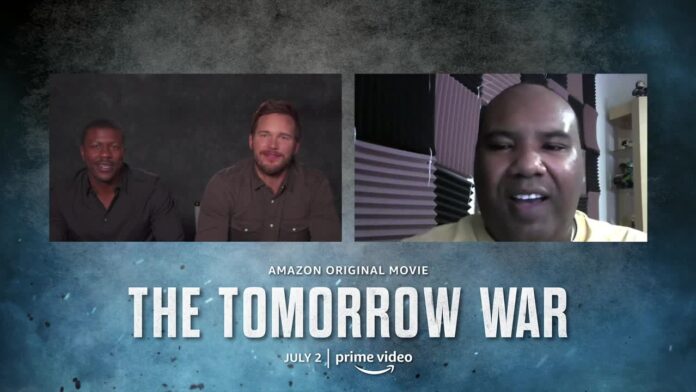 Chris Pratt has more experience fighting aliens than most. Whether it’s as Star-Lord in any of the Marvel films, or voicing Emmet in The Lego Movie, stopping extraterrestrial invasion is just sort of his thing. The Tomorrow War is Amazon Studios’ biggest blockbuster of the season, and personally, it ain’t a blockbuster if it doesn’t have somebody saving the world from an extinction-level event, and who better to call when the world needs saving than Pratt?

In The Tomorrow War, Pratt plays ex-soldier and family man Dan Forester who is recruited to fight against an alien threat 30 years in the future. With a wife (Betty Gilpin) and daughter (Ryan Kiera Armstrong) to protect, Dan joins with others in a volunteer force to ensure combat the threat and ensure a future for the next generation. 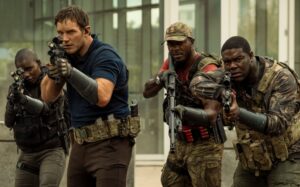 Joining Pratt in The Tomorrow War is Edwin Hodge as Dorian, a veteran of the wars whose standoffish personality hides a secret that fuels his lust for battle.

I was fortunate to spend a few minutes talking with Chris Pratt and Edwin Hodge about The Tomorrow War, the physical toll of being in such an action-packed film, their thoughts on the creature designs, and more.

The Tomorrow War hits Amazon Prime Video on July 2nd. Check out my interview below, and look out for more on the film later this week!