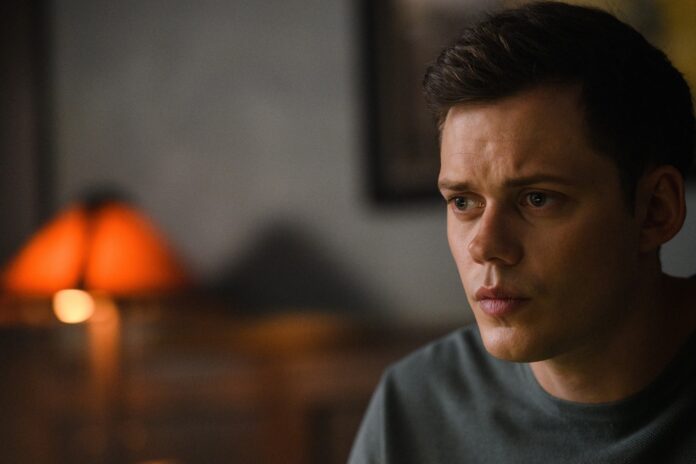 Bill Skarsgård is known for playing dark and emotionally heavy characters. From his breakout role in It as Pennywise the Clown to his portrayal as a PTSD ridden soldier and father in The Devil All The Time, you wouldn’t say

In Nine Days, directed by first time director Edson Oda, Skarsgård plays what is perhaps his lightest morally gray character yet. In the highly conceptual film, the actor portrays Kane, a soul applying for the chance to be born from an older spirit played by Winston Duke. Moving and deeply thought provoking, Skarsgård’s performance dissects what it means to survive in this world, both the good, the bad, and the areas in between.

I had the opportunity to chat with the actor over Zoom, where we discussed reading the script for the first time and what memory from shooting Nine Days he would like to live over again.

You can catch Nine Days in New York and Los Angeles this Friday or everywhere August 6th.