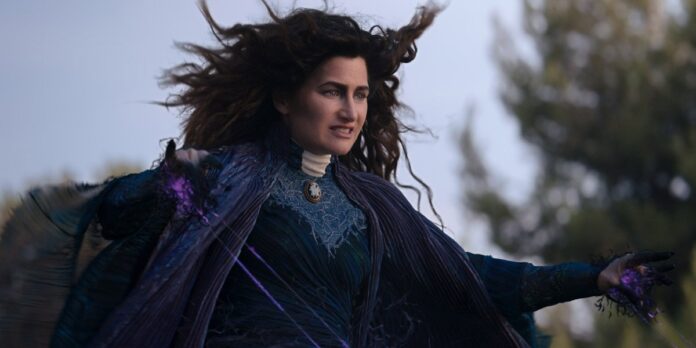 If anybody from WandaVision was going to emerge as the breakout character we should’ve known. It would be Agatha all along!

Variety has learned a Wandavision spinoff is in the works for Disney+,  featuring Kathryn Hahn’s Agatha Harkness, who posed as wacky neighbor Agnes for most of the series. She was eventually revealed to be Agatha, a powerful dark Witch who wants Wanda’s gifts for herself. As the show closed she was trapped in Westview.  Presumably the new show will begin there.

WandaVision writer Jac Schaeffer will return to write and exec-produce.