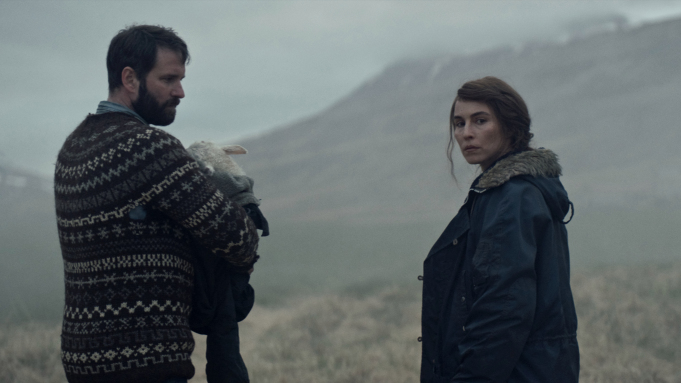 The Witch, Midsommar, Hereditary, The Lighthouse…whenever A24 backs a horror film it’s cause to perk up and pay attention. They are again on the case with Lamb, which continues their fondness for sheep/goat-based thrillers. The film created quite a stir at Cannes where it premiered out-of-competition, mainly due to its bizarre premise.

I don’t want to spoil it, because the new trailer doesn’t put it all out there on the table, but Lamb is damn weird. The film stars Noomi Rapace and Hilmir Snaer Gudnason as a childless Icelandic couple working on their sheep farm. Early in the footage we see one of their animals give birth to a lamb, but as the deliberate camera angles shield you from a complete view, you quickly get the sense that something else is up. Is it something demonic? Or is Mother Nature just seriously fucking with them? 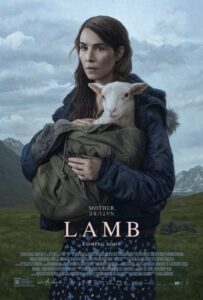 Lamb is directed and co-written by Valdimar Jóhannsson, joined by co-writer Sjón who worked with Robert Eggers on The Northman. I can see a lot of visual and thematic similarities to Eggers’ breakout film, The Witch.

A24 will release Lamb in theaters on October 8th.

A childless couple in rural Iceland make an alarming discovery one day in their sheep barn. They soon face the consequences of defying the will of nature, in this dark and atmospheric folktale, the striking debut feature from director Valdimar Jóhannsson.