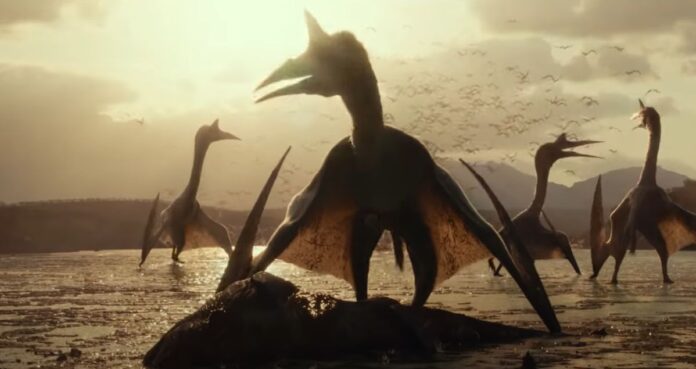 I’ve complained enough about trailers showing too much of the films they are advertising, so I suppose it would make me a hypocrite to say that I also don’t understand the whole “teaser of a trailer” thing that’s been going on in recent years. That being said, the desire for any bit of footage from our most anticipated movies is undeniable, so I can’t really fault anyone. Jurassic World: Dominion, the third film in the Chris Pratt led Jurassic World trilogy, has kept it’s true plot so under wraps that we will literally take anything at this point. Rumors have swirled that the plot moves into a place where the dino’s aren’t kept to a theme park island. Whether they’ve taken over their own tropical paradise or are about to embark on a Planet of the Apes style take-over is unknown. We DO know that this will be a Jurassic All-Stars type event, bringing the stars of the new trilogy face to face with the stars of the OG series. Of course I mean, Sam Neill, Laura Dern, and Jeff Goldblum. Hopefully it’s more then a 2 minute cameo this time around.

There isn’t much we can gleam from the clip below, other then that it lends credence to the whole “Dinosaurs living on their own” storyline. A few quick shots of the giant animals living peacefully leading up to the start of a fight between two Alpha predators is all we get. If you want to see more, you’ll have to get your tickets to see F9 in IMax as that’s where the special extended preview will be playing. Check out the video below and stay tuned here for more details!