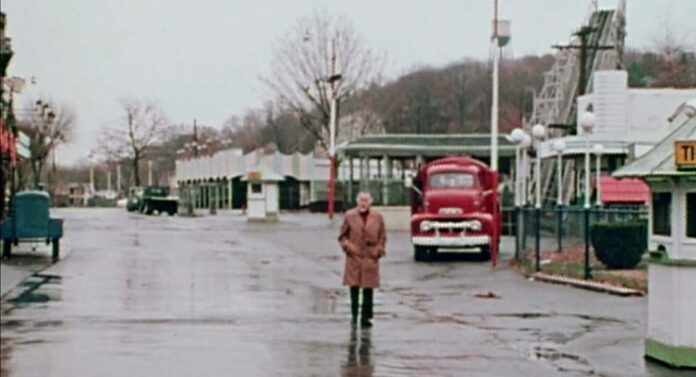 A film whose backstory is as strange as its content The Amusement Park is finally available for wide consumption on Shudder. Billed as George A. Romero’s lost feature The Amusement Park was shot in 1973 as a commission done by Romero for The Lutheran Service Society of Western Pennsylvania and the Pitcairn-Crabbe Foundation. That bit of trivia is weird enough, both that they would seek Romero at the height up his ascent and that he would take the job (damn copyright issues with Night of the Living Dead!). The film was intended as an educational tool which would show the difficulties facing the elderly of the time. Imagine if the Moose Lodge hired James Wan to direct an educational movie about STD’s…that’s pretty much what happened here. As you might have guessed the film Romero delivered was not exactly what the Lutheran Society had in mind, the film was shelved for being “too disturbing” and I totally understand why. Honestly, the film may be considered too disturbing as a horror film, let alone an educational piece. 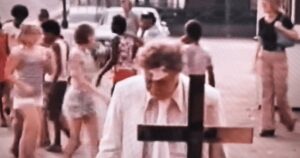 The Amusement Park follows an older man (Lincoln Maazel) through an amusement park as he (and you) are presented with a series of vignettes. A young couple as they visit a fortune teller to see what their future looks like, the reaper riding carnival rides, basically a bunch of Twilight Zone-esque segments showing how much it sucks to get old. He’s warned at the onset, by himself, that if he goes out of the mental institution that the film starts us out in, he will not like the outcome.  The games, rides, and other standard accoutrements of the midway all serve as different examples of how the elderly are beaten by society. The unnamed character, played by Romero collaborator Lincoln Maazel, serves multiple roles throughout our journey, and if any of this is confusing…I agree. It’s confusing by design though, with the film constantly making you question if you’re understanding what you see. Maazel pops up throughout narrating the events, which does not serve to add logic to the plot but really just confuses it more. 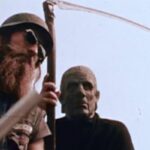 At 50 minutes, The Amusement Park, isn’t a huge investment of time for the Romero completists out there, but I don’t think it has much draw outside of that group. The film really seems like a cut-scene from a Rob Zombie film that was made into a feature. An odd, left of center, fever dream. What would make this film a must see would be if they had footage of the Lutheran Society viewing the finished product for the first time. The looks on their faces would have been priceless, expecting an educational film on the treatment of the elderly and getting…this. Just wow. That being said, if you are looking for something to leave you disturbed it’s worth a look. They sink that hook in early, opening the film with Maanzel staring straight into the camera and reminding you:

“Remember, as you watch the film, one day you will be old”

Review: ‘We Need To Talk About Cosby’