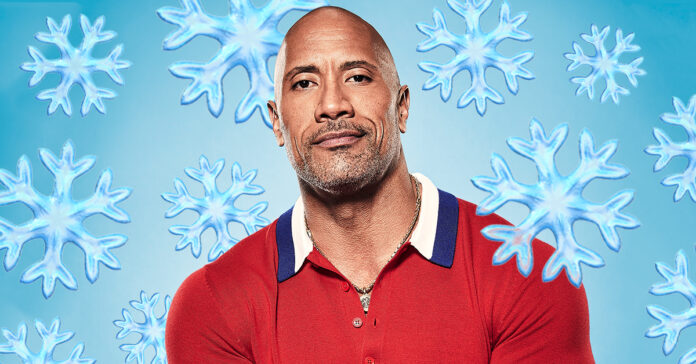 So he may not have been part of F9, but Dwayne Johnson has enough going on with that franchise’s most prolific writer, Chris Morgan. Not only did they team up for Hobbs & Shaw, but now they’ll reunite for Red One, a holiday action comedy set up with Amazon Studios.

So what does a holiday action-comedy starring Johnson and penned by Morgan look like? I don’t know as plot details are being kept hidden, but imagine Johnson dressed up as Santa Claus driving a rocket-fueled sleigh.

Johnson will star and produce alongside Dany Garcia and Hiram Garcia through their Seven Bucks brand. It was the latter Garcia who came up with the original story idea. Amazon is really high on this, too, for good reason. They plan to build an entire four-quadrant franchise that could span multiple platforms, especially in terms of merchandising.

“Hold my Mana, because this is exciting,” Johnson said. “Our Seven Bucks is very bullish on our partnership with Amazon Studios; underpinned with some innovation, some pioneering and a lot of positive energy and passion. I’ve been very impressed with Jen Salke and her team’s vision and ambition to create an enormous, fun and unique Red One holiday universe for families around the world to enjoy.”

Shooting on Red One begins next year in time for a holiday 2023 release. Coming up for Johnson are DC Comics film Black Adam, Disney’s Jungle Cruise, and the Netflix blockbuster Red Notice which has no relation despite the similar title.