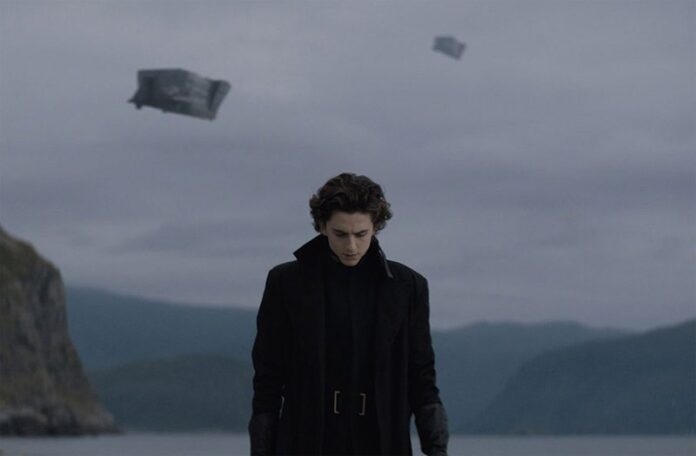 ” Fear is the Mind-Killer.”

Dune fans, tomorrow is your day. The first trailer for Denis Villeneuve’s adaptation of Frank Herbert’s sci-fi epic is coming, but today a teaser offers a glimpse at the star-studded cast. Well, at their heads floating in the darkness, anyway.

Dune arrives on December 18th, and at this time it seems that Warner Bros. has no desire to move it. But with Tenet only earning $20M over the weekend, they might be inclined to rethink the release strategy of their upcoming blockbusters.