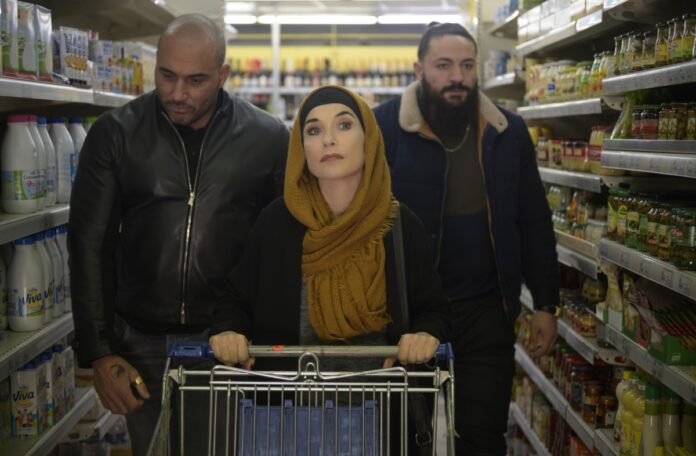 I have no interest in narcotics at all, but if Isabelle Huppert asked me to be part of her illegal drug ring there’s nothing in the world that could stop me. She gets to play a drug kingpin in Mama Weed, the Cesar Award-nominated film from director  Jean-Paul Salomé.

Opening in select theaters next month, Mama Weed stars Huppert as a police translator who discovers that an apprehended drug dealer’s stash was never found. So what does she do? Turn it in like a good little officer of the law? Nah, she’s got bills to pay, and so makes the decision to find it for herself and take over the business.

A French-Arabic translator for the Paris police anti-narcotics unit, Patience Portefeux (Isabelle Huppert) interprets the daily calls and conversations between the city’s biggest drug dealers. In the evenings, she looks in on her aging mother (Liliane Rovère, “Call My Agent”) at the long-term care facility where she is months behind in paying the bills. When she overhears the son of one of her mother’s nurses on the wiretap, Patience is moved to protect him. But her involvement in his business quickly escalates and she finds herself in possession of a huge store of hash and the insider knowledge required to move it. With her newly adopted retired police dog at her side, Patience transforms into Mama Weed, a savvy saleswoman capitalizing on her field experience to earn the extra income she so desperately needs while doing her best to stay one step ahead of her colleagues at the precinct.