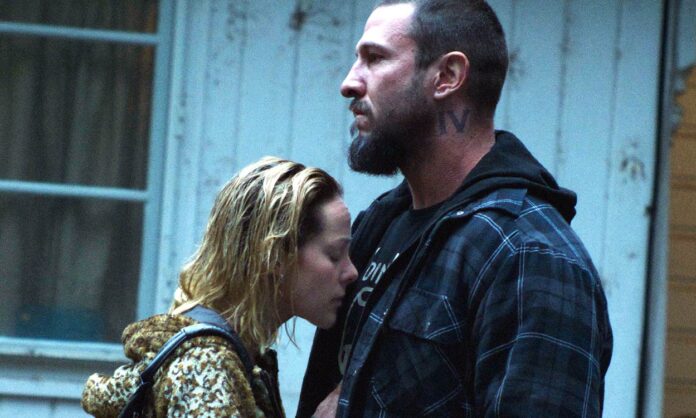 Hollywood romance has taught us that reuniting with the love that got away is like something out of the storybooks. Real life doesn’t work that way, and second chances are hard to come by. The film Lorelei centers on a second shot at love between characters on society’s fringes played by Jena Malone and Pablo Schreiber. Having premiered already in Deauville, France, it will open stateside next month via Vertical Entertainment.

Schreiber, who many will recognize from First Man and Den of Thieves, plays an ex-con just released from prison after 15 years. While attending an A.A. meeting he runs into his high school sweetheart, the love of his life. But their lives are hardly ideal. He’s got a rap sheet and she’s a single mother of three.

The film is written and directed by Sabrina Doyle, but what caught my attention are the producers of Sean Baker’s The Florida Project. I can see some similarities in its depiction of people who live on the margins, and that has me very excited to catch this when it opens in theaters and VOD on July 30th.

After 15 years in prison, Wayland (Pablo Schreiber) reunites with his high school girlfriend, Dolores (Jena Malone), who is now a single mother of three. What follows is a lyrical take on love, regret, and second chances.