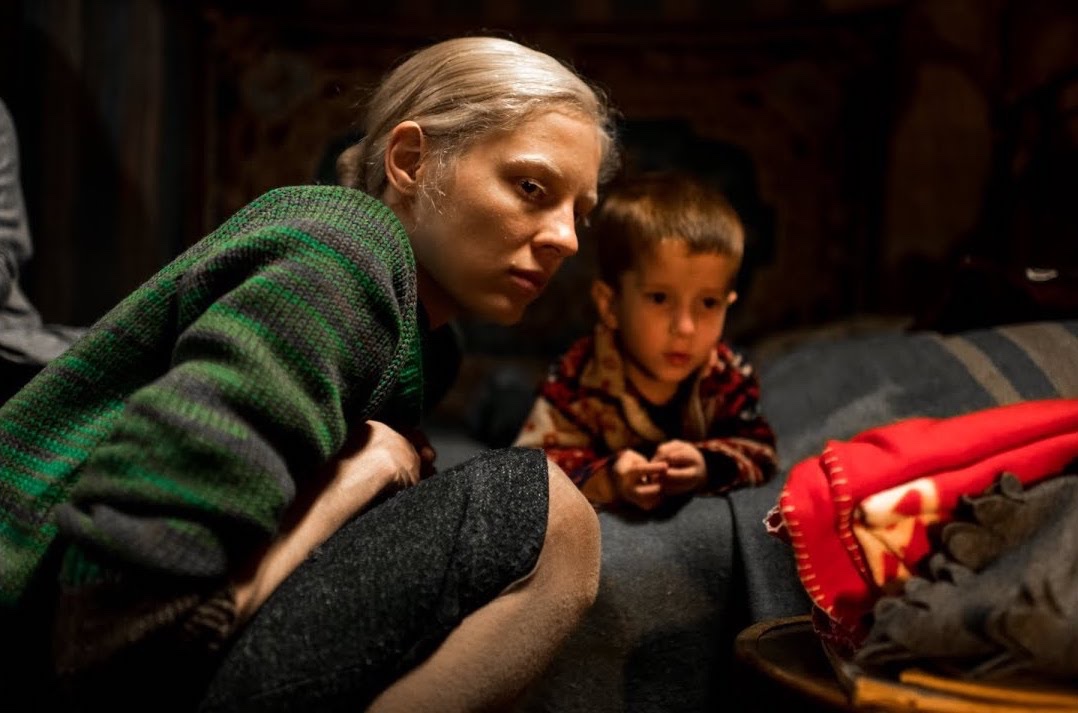 There were three films in 2019 that pushed me completely of my comfort zone. The first was Joker for its real and at times ironically unaware look at the white male condition. The second was Parasite for its unbelievably powerful and mind bending plot twist, deserving of every Oscar it won earlier this month. The final and lesser known film which opens this Friday, was Beanpole, a Russian film with dark and twisting take on the effects of war on those who experienced it and their relationships.
Iya, the titular Beanpole, towers over most everyone around her, in her professional life working in a Russian hospital to caring for her child, Pashka. Though she is sweet and tries to do the right thing by everyone around her, the effects of the second World War has taken its toll on her. She often becomes temporally paralyzed, the only movement she makes is a soft guttural noise. This causes problems later on while playing with Pashka, she falls into her trance and suffocates the child. Despite her motherly instinct and love for the boy, we quickly figure out that Paska is not Iya’s but actually her friend Masha’s child. Masha’s response to his death is to go dancing and find hookups for the both of them. This sets off a series of events that unearth emotional trauma that they experienced together as fighters. So much is conveyed without words between Iya and Masha, played by Vikoria Miroshnichenko and Vasilsa Perelygina respectively. Perelygina gives a layered and dominant performance, emotion after emotion conveyed with just a look.
This film is dark, bleak, and at times twisted, but the visual brilliance of director Kantemir Balagov creates enough intrigue for its audience to make to the end. The film does a great job of disarming you, whether its smothering you with Iya and Pashka’s relationship before killing him off or the juxtaposition of beautiful visuals with brutal realities. He understands how to frame and communicate Masha and Iya’s codependency in ways not always seen in modern directors. Though the film may seem grim on paper, and parts definitely are, it never crosses the line into trauma porn. Recipient of a directing award at the 2019 Cannes film festival for the film, Balagov is a master of portraying post WWII Leningrad as it was, there’s a matter-of-fact quality to his depiction that lightens the load of the film.
For an American audience, the pacing is slow and the film long at  2 hours and 10 minutes. But if you have seen all the Oscar nominated films and are looking for another prestige picture to make you think, Beanpole is the one you should spend your money on.
3 Out Of 5