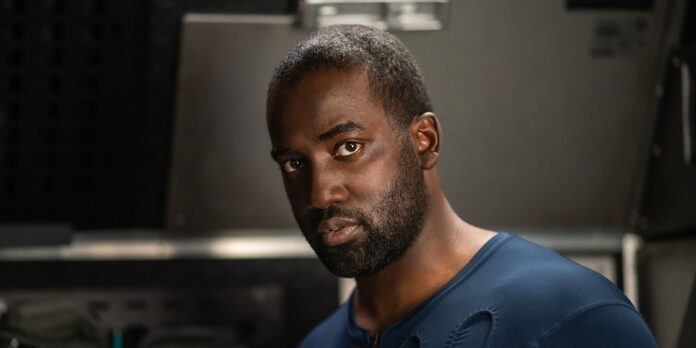 The cast of John Wick 4 is really heating up, a Keanu Reeves gears up to return as the Baba Yaga himself. In recent days the film has added international superstars Donnie Yen and Japanese-British popstar Rina Sawayama, and now joining them is Shamier Anderson, fresh off his breakout role in Netflix’s Stowaway.

It’s unclear what Anderson’s role will be, but returning director Chad Stahelski was hyped to add him to the cast…

“It’s a thrill to be working with an actor of Shamier’s caliber. He’s proven exceptional with drama and action and is a compelling presence on screen,” Stahelski said in a press statement.

Anderson has been a busy guy over on the Netflix side of the aisle lately. Along with Stowaway, he’s set to appear in Halle Berry’s directorial debut Bruised, and will be seen next week opposite Gina Rodriguez in Awake.

John Wick 4 opens May 27th 2022 and will be followed by the already-confirmed John Wick 5.  [Deadline]