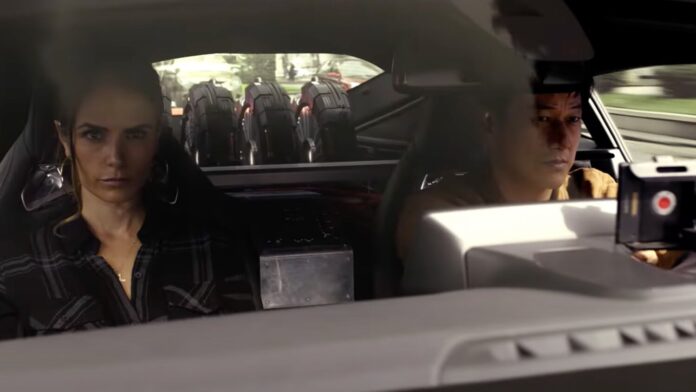 It was slow off the blocks, but F9 has finally opened in domestic theaters, and damn did it blow smoke in everybody else’s faces! The $70M launch stateside is the biggest since 2019’s The Rise of Skywalker. Would it have done even better without the pandemic scare that delayed the release more than a year? Of course, but maybe not by much. Universal is already staring at a $404M worldwide haul, too, considering the weeks of international markets Vin Diesel’s blockbuster franchise has been playing in. Why does anyone think Fast & Furious is shutting down? Get real.

Falling 57% in week two is The Hitman’s Wife’s Bodyguard, with $4.8M. Overall, the Ryan Reynolds/Samuel L. Jackson/Salma Hayek sequel has $31M worldwide, a far cry from the $176M of its 2017 predecessor. Can’t blame everything on the pandemic, right? I think people were just fine with one movie and that’s it.

Wait, what? Hasn’t this Bob Oedinkirk actioner been out for like four months or something? What’s up with the weird 3000% boost back into the top ten? Well, Universal Pictures smartly paired Nobody up with F9 in many drive-in theaters across the country, and you can see the results. Overall, this little kick-ass flick has $61M worldwide. Not too bad.