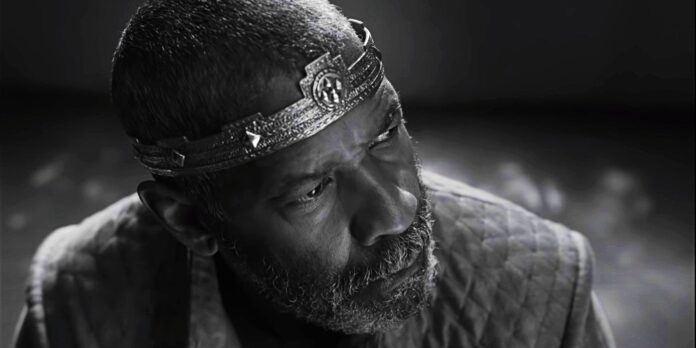 The trick to adapting Shakespeare is to find a way to give the material your own voice, a spin that is unique. For Joel Coen, working for the first time without his brother Ethan, it’s perhaps essential that his solo debut, The Tragedy of Macbeth, also be a way for him to show what kind of filmmaker he can be. It’s material everybody knows, but Coen has found a way to make sure his version will be at the top of conversation this awards season: cast Denzel Washington and Frances McDormand.

Undeniably, the biggest draw for The Tragedy of Macbeth is its two leads. You simply don’t get much better than Denzel and McDormand. And sure enough, the reviews for both performances have been soaring since the film debuted at New York Film Festival. Surrounding them in the cast are Corey Hawkins, Brendan Gleeson, Harry Melling, Bertie Carvel, Alex Hassell, and Kathryn Hunter. Moses Ingram, Ralph Ineson, Sean Patrick Thomas, Brian Thompson, and Richard Short.

The Tragedy of Macbeth opens in select theaters on Christmas Day, before moving to Apple TV+ on January 14th 2022.