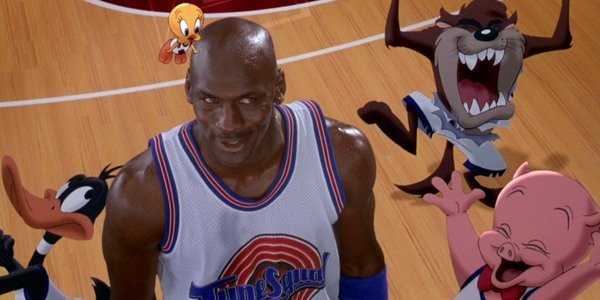 For years after Michael Jordan took the floor with Bugs Bunny in Space Jam, attempts were made to bring His Airness back for a sequel. Those plans never took shape, and it wasn’t until nearly two decades later that LeBron James got the ball rolling on a followup. Now, as Space Jam: A New Legacy nears, it looks as if we’ll get to see Jordan, James, and Bugs finally share the floor. Sorta.

Don Cheadle, who plays the tech-villain Al-G Rhythm told Access Hollywood (via Yahoo!) that Michael Jordan does have a role in Space Jam: A New Legacy, but it may not be what any of us are hoping for…

“Michael Jordan is in the movie, but not in the way that you would expect it.”

So maybe this isn’t as much of a standalone sequel as we thought? I’m assuming Jordan will either voice a character or show up in some giant billboard or something like that.