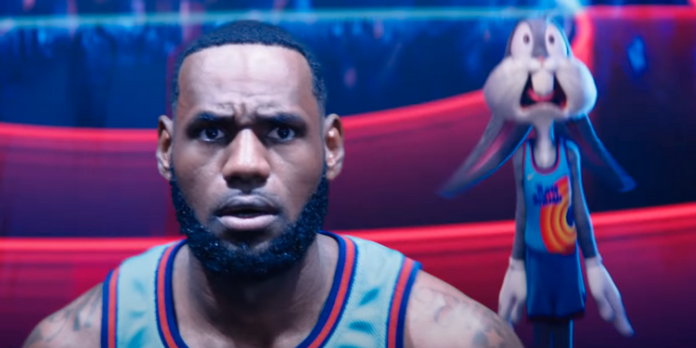 I’m not going to sit here and argue with you about who the better NBA player was, Michael Jordan or LeBron James (it’s His Airness), because the true measure comes later this year with the release of Space Jam: A New Legacy. The original 1996 film with Jordan was huge, and something of a cultural event. Now more than two decades later, with James’ sequel arriving in theaters and HBO Max, I’m not getting that same feeling, but King James has been known to pull one out in the clutch a time or two.

James teams up with Bugs Bunny and the rest of the Looney Tunes to engage in some b-ball action against the villainous Goon Squad led by a megalomaniacal algorithm played by Don Cheadle. The cast also includes Sonequa Martin-Green, Khris Davis, Cedric Joe, Ceyair J. Wright, Harper Leigh Alexander, along with a host of NBA all-stars and appearances by characters from across the Warner Bros. landscape. Ever wanted to see Lola Bunny hang out with the Amazons of Wonder Woman? Now’s your shot.

Directed by Malcolm D. Lee with Ryan Coogler as a producer, Space Jam: A New Legacy takes the court on July 16th.