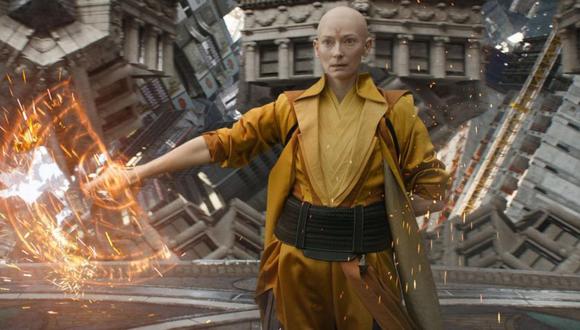 Everyone wasn’t a fan of Tilda Swinton as The Ancient One in Doctor Strange. The character as portrayed in Marvel Comics was a stereotype, a sage-like Asian man who teaches Stephen Strange to become the Sorcerer Supreme. So the decision was made to do something different to get away from that portrayal by casting Swinton who is white and often plays nonbinary. Well, that might not have been the best choice, and Kevin Feige can admit that.

With Asian representation a major factor in Marvel’s Shang-Chi and the Legend of the Ten Rings, Feige addressed the Ancient elephant in the room to Men’s Health.

“We thought we were being so smart, and so cutting-edge,” Feige said about casting Swinton as The Ancient One. “We’re not going to do the cliché of the wizened, old, wise Asian man. But it was a wake-up call to say, ‘Well, wait a minute, is there any other way to figure it out? Is there any other way to both not fall into the cliché and cast an Asian actor?’ And the answer to that, of course, is yes.”

On the plus side, Marvel really is doing Shang-Chi the right way with a cast that includes Simu Liu, Awkwafina, Michelle Yeoh, and Hong Kong superstar Tony Leung as the real version of The Mandarin, not the phony played by Ben Kingsley in Iron Man 3.

All of that said, I quite liked Swinton as the Ancient One, and chalked her up as one of many different versions across the Multiverse. Her appearance in Avengers: Endgame was a highlight, too, and I hope they don’t just write her off.

Shang-Chi and the Legend of the Ten Rings opens September 3rd.