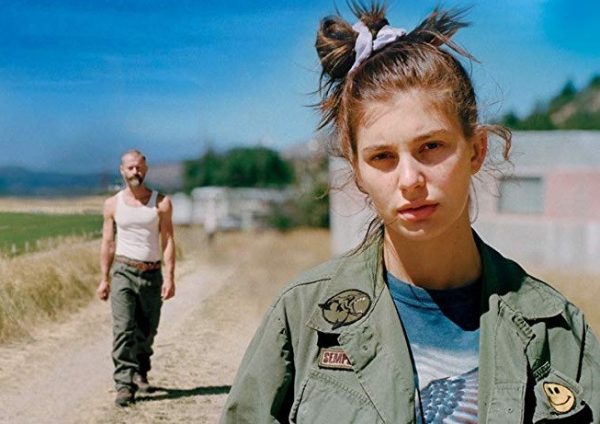 The father/daughter dynamic is complicated, to say the least, and the silver screen has seen its share of tumultuous relationships. From Paper Moon to Beasts of the Southern Wild, to last year’s Leave No Trace, the ever-complicated father and daughter relationship has seen various adaptions and emotional turns, however, none have looked quite intensely at the obligations and gender roles placed and stressed upon daughters. Actor turned writer/director, Annabelle Attanasio, takes a closer look at codependency and a girl mothering her father in the quiet yet powerful, Mickey and the Bear. 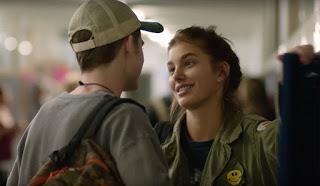 After her mother dies of cancer, Mickey (Camila Morrone) is left alone in a small Montana town to care for her Iraq War vet father, Hank (James Badge Dale). Despite turning 18 and finishing up her senior year of school, she spends her days bailing her dad out of jail, cooking and cleaning for him and having sex with her boyfriend. Mickey clearly struggles with her codependency towards the men in her life, especially with her dad, refilling his medication and making sure he wakes up from his benders and medication blackouts. Her personal life is not much better. Her boyfriend Aaron (Ben Rosenfield) gleefully ignores Mickey’s wishes from seeing her more as a possession than a loving partner, a trait shared by her father. As the similarities between the two deepen, Mickey starts to long for the unknown, college in California and the new boy at school (Calvin Demba).

A former marine, Hank is still caught in his own war between the love of his daughter and unresolved feelings of abandonment left by the war.  He wants her to leave their Montana town and live her life but is clearly and purposefully holding her back, straddling the line between sweet and deeply manipulative. James Badge Dale, last seen as Tiffany Haddish’s mobster husband in this summer’s The Kitchen, uncovers Hank’s layers, bringing something else to the character beyond the page. This is a shining moment for the veteran character actor, who otherwise has been unable to find a star-making performance in a solid career.

As it becomes clear to Mickey that she cares more for her father than he does for her, the desire to leave overwhelms the relationship, pushing her to her emotional limits. Camila Morrone is a raw revelation, bringing an expertise yet fresh presence to the screen in Morrone’s first major starring role since breaking out with stoner comedy Never Goin’ Back. Her unease permeates through the screen, creating a soft understandable anxiety of a character dealing with their codependency and the destructive behaviors of others. Similar to last year’s Eighth Grade, if you were to break down the plot of this film beat by beat, it seems like nothing really happens. However what Attanasio does brilliantly is getting the viewer on the same heartbeat and emotional wavelength as Mickey, creating a captivating and heartbreaking character study.

The concept, one of a small-town girl feeling trapped by her irresponsible father, is one we’ve seen before. However, with two fresh and raw performances at the film’s center and the emotional intensity they’ve created, Mickey and the Bear is an indie darling in a crowded award season.
4 out of 5