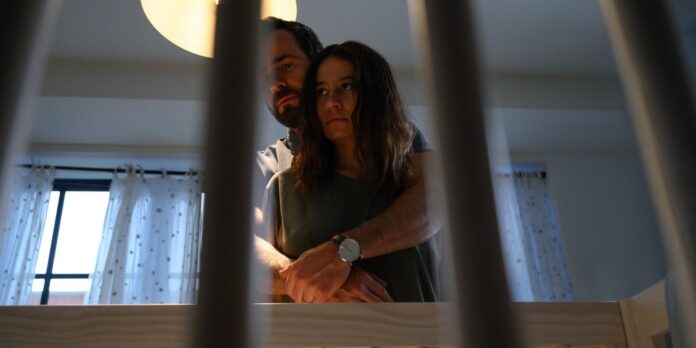 Broad City’s Ilana Glazer is probably the last one we’d expect to star in a Rosemary’s Baby-style horror, but with the upcoming Hulu film False Positive she’s ditching her comic side. Well, maybe.

Because when watching this brief teaser for False Positive, it does seem to have a silly edge to it. That could just be how the footage was cut, though, perhaps playing into Glazer’s fans’ expectations?

The film stars Glazer, who along with Justin Theroux (recently of Apple TV+ series The Mosquito Coast) are a couple who find the perfect fertility doctor, played by Pierce Brosnan. She finally gets pregnant, only to then see something sinister in the physician.

Also in the cast and glimpsed in this teaser are Sophia Bush and Gretchen Mol. John Lee, who has worked on episodes of Broad City and directed Pee-Wee’s Big Holiday, is behind the camera.

After months of trying and failing to get pregnant, Lucy (Ilana Glazer) and Adrian (Justin Theroux) finally find their dream fertility doctor in the illustrious Dr. Hindle (Pierce Brosnan). But after becoming pregnant with a healthy baby girl, Lucy begins to notice something sinister through Hindle’s gleaming charm, and she sets out to uncover the unsettling truth about him, and her own “birth story.” As if getting pregnant weren’t complicated enough…