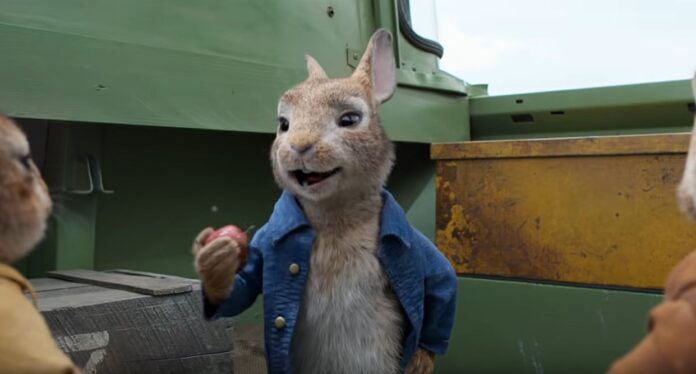 If there’s one sure fire way to put a smile on your face today the trailer for Peter Rabbit 2: The Runaway is it. I’ll be the first to admit I was absolutely and completely pleasantly surprised by how much I enjoyed the first runaround with Peter and his group of partying patio dwellers. It was just a ton of family fun with a great cast. Voice acting was a veritable who’s who, with Peter and his sisters played by James Corden, Elizabeth Debicki, Margot Robbie and Aimee Horne. Meanwhile the human side was no slouch, being fronted by Domnhall Gleeson and the amazing Rose Byrne. The story was sweet and there were a lot of genuine laughs to be had.

Whenever I get caught by surprise on one of these family films I know two things are coming, a sequel, and my disappointment at said sequel not re-capturing that same magic. I hit play on the trailer for Peter Rabbit 2: The Runaway with a bit of trepidation and while one aspect gives me pause, it seems that much of that magic is still in place. The next installment of Peter’s adventures sees him getting bored with life in the country and venturing out to the city. While that is a pretty standard setup for films like this, it strips the film of one of my favorite aspects of the original, the zen-like beauty of the English Countryside. I’m sure we’ll still get plenty of antics from McGregor’s garden it will be interesting to see where they go with the whole “big city rabbit” bit. We got to see a preview of this in the third act of the first movie, so it’s not uncharted territory. Regardless, I’m sure Peter Rabbit 2: The Runaway will end up being a sweet, fun, family film that gives us some bit of that joy we all so desperately need.

For more on Peter Rabbit 2: The Runaway click here!