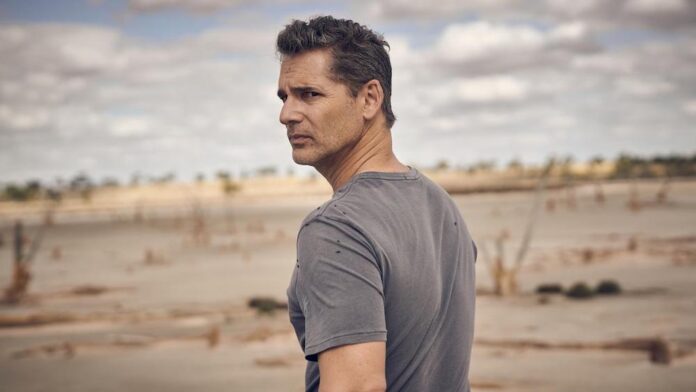 Shocker of shocker, Eric Bana is a much bigger star in his native Australia than he is here in the United States, even though dude has been the Hulk.  Further evidence of Bana’s popularity at home has been seen during the pandemic when his film The Dry absolutely killed at the box office, becoming one of the highest-grossing Australian films ever. And now it’s headed to our shores courtesy of IFC, so we can check it out for ourselves.

Bana plays a federal agent who returns to his drought-striken hometown to investigate a murder-suicide committed by an old friend, only to find the crime may be linked to another from his past.

Genevieve O’Reilly, Keir O’Donnell, John Polson, Sam Corlett, and Joe Klocek co-star, with Robert Connolly (Balibo) as both writer and director. Some of the reviews have pegged this as a slow-burning thriller and that is definitely the vibe of this trailer. I find Bana is really great at playing characters who are racked with guilt and past trauma, and clearly Australian audiences agreed.

Federal Agent Aaron Falk returns to his home town after an absence of over twenty years to attend the funeral of his childhood friend, Luke, who allegedly killed his wife and child before taking his own life – a victim of the madness that has ravaged this community after more than a decade of drought.

When Falk reluctantly agrees to stay and investigate the crime, he opens up an old wound – the death of 17-year-old Ellie Deacon. Falk begins to suspect these two crimes, separated by decades, are connected. As he struggles to prove not only Luke’s innocence but also his own, Falk finds himself pitted against the prejudice towards him and the pent-up rage of a terrified community.