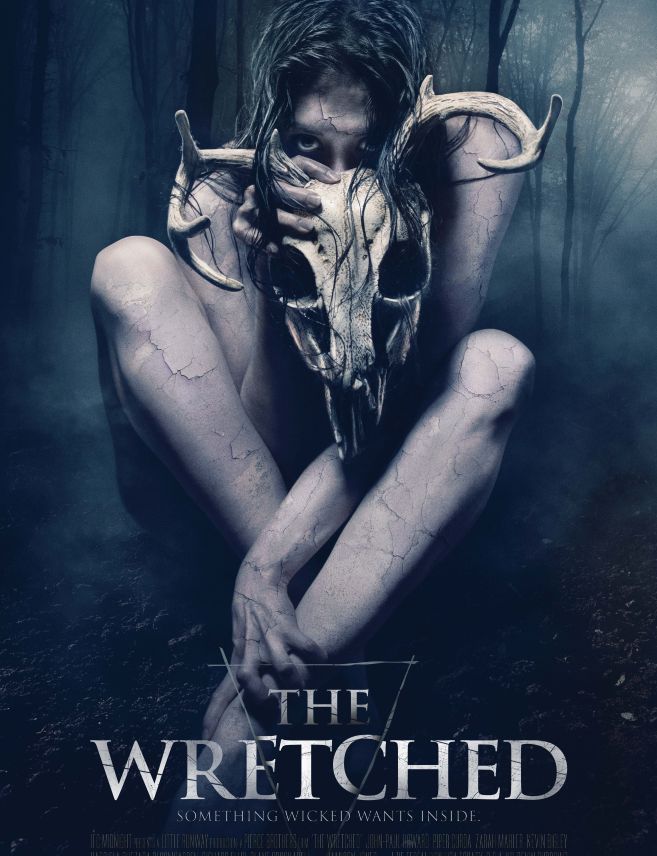 IFC Midnight is a studio that’s well-known to hardcore genre fans, but these guys have been putting out quality films that really scare for so long now that I think we really need to expand their profile so that they sit right up there with Blumhouse. If you’re looking for a scare while quarantined that’s more detached from reality then the horror movie playing on the news every night I suggest you check out their full slate at the official IFC site. That should keep you busy until May 1st, when the next terrifying release from IFC Midnight hits VOD, The Wretched, written and directed by Brett and Drew Pierce. You know what I love about this trailer? I don’t exactly know what the plot is after watching it, there’s still mystery surrounding what I’m in for which is a skill overlooked by most folks cutting trailers these days. Here’s the official synopsis:

Following his parents’ separation, a rebellious teenage boy, Ben, is sent to live with his father for the summer and work at the local marina in order to gain some form of discipline. The idyllic tourist town offers little solace for him, however, as he is forced to deal with the local, privileged teens and his father’s new girlfriend. Ben’s problems grow increasingly disturbing when he makes a chilling discovery about the family renting the house next door. A malevolent spirit from the woods has taken ahold of the parents and starts playing a sinister game of house, preying upon the children and wiping away any trace of their existence. Ben’s suspicions of the supernatural horrors go unheeded and he launches a perilous crusade in order to put an end to the skin-walking witch’s reign of terror.

Sounds sufficiently creepy in theory and the trailer makes me think that theory is sound. Check it out below, I always love when a good mystery is at the core of a horror film it adds the needed substance to what would otherwise be just creepy imagery and jump scares.

The Wretched Hits Digital Platforms and VOD on May 1st