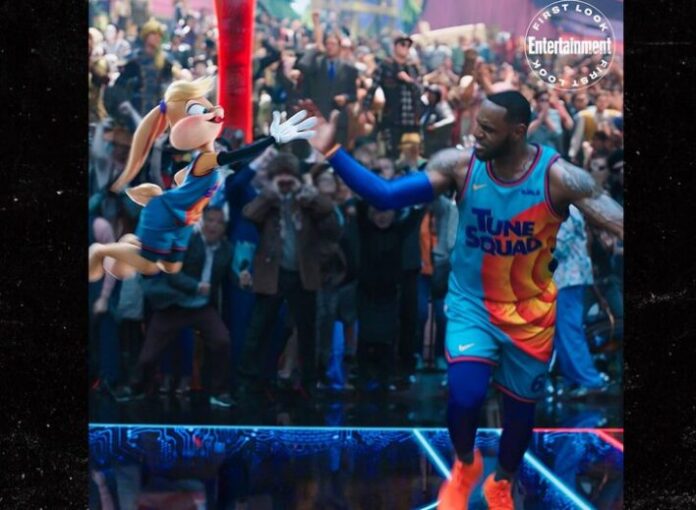 If you pay attention to film Twitter surrounding Space Jam: A New Legacy, then you probably saw a lot of tweets about Lola Bunny, and how attractive the female member of the Toon Squad is. It’s…weird, to say the least, especially since I don’t remember this kind of attention on her during the first movie. In any case, EW has held back a little regarding her story in the long-awaited sequel, and you know what? It crosses over with another of their female-led hits: Wonder Woman.

According to director Malcolm D. Lee, when we are reintroduced to Lola Bunny, she’s not hopping around in a garden with Peter Rabbit or anything. Instead, she’s on the island of Themiscyra, the birthplace of Wonder Woman and home to the Amazons…

“We wanted to meet her with the Amazons, trying to find greener pastures for herself,” Lee said. “As she says in the movie, there’s more to her than just being a Tune.”

Weird, right? Well, Space Jam 2 isn’t just going to be a basketball comedy for kids.  It’s basically a Lego Movie-style mashup of characters from the Warner Bros. brand. LeBron James gets transported to the Warner 3000 Server-verse (really) by a mad A.I. voiced by Don Cheadle, in hopes of rescuing his son and preventing his social media followers from being stolen. F’real.

It’s funny that so many people are focused on how attractive Lola is, too, because Lee, after seeing the film for the first time a couple of years ago, made an effort to make her more kid-friendly…

“This is a kids’ movie, why is she in a crop top? This is 2021. It’s important to reflect the authenticity of strong, capable female characters. She probably has the most human characteristics of the Tunes; she doesn’t have a thing like a carrot or a lisp or a stutter. So we reworked a lot of things, not only her look, like making sure she had an appropriate length on her shorts and was feminine without being objectified, but gave her a real voice. For us, it was, let’s ground her athletic prowess, her leadership skills, and make her as full a character as the others.”