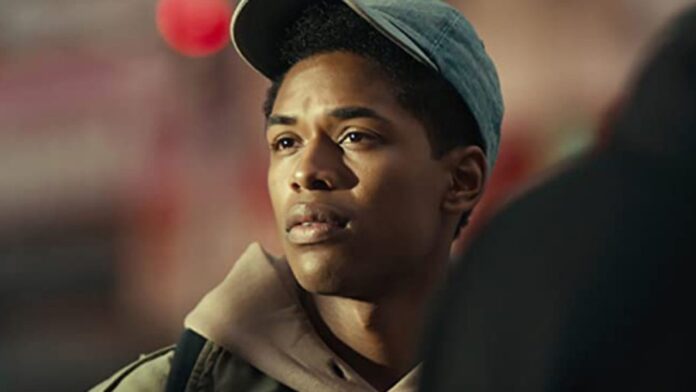 If your film tastes are anything like mine, and I wager that’s the case for at least some of you, all you need to know about Netflix’s upcoming drama Monster is this: the cast consists of Kelvin Harrison Jr., Jennifer Hudson, Jeffrey Wright, Jharrel Jerome, Jennifer Ehle, Rakim Mayers, Nasir ‘Nas’ Jones, Tim Blake Nelson, and John David Washington.

Check please. Just give it to me.

So how does a film with this much talent fly under the radar? Well, it could be a couple of things. First, it’s on Netflix and a lot of movies get buried under the deluge of content they have. Second, it actually premiered three years ago at Sundance, and honestly, I have ZERO recollection of it. This is definitely a movie I would’ve sought out, and that tells me something. I hope I’m wrong because it looks really good.

Monster marks the directorial debut of Anthony Handler, a music video director with a lot of stroke, clearly. Here’s the synopsis:

Monster tells the story of Steve Harmon (Kelvin Harrison, Jr.) a seventeen-year-old honor student whose world comes crashing down around him when he is charged with felony murder. The film follows his dramatic journey from a smart, likeable film student from Harlem attending an elite high school through a complex legal battle that could leave him spending the rest of his life in prison.

Netflix will debut Monster on May 7th.