Home TV Amazon Prime ‘Without Remorse’ Trailer: Michael B. Jordan Is Out For Vengeance In Amazon’s...
Facebook
Twitter 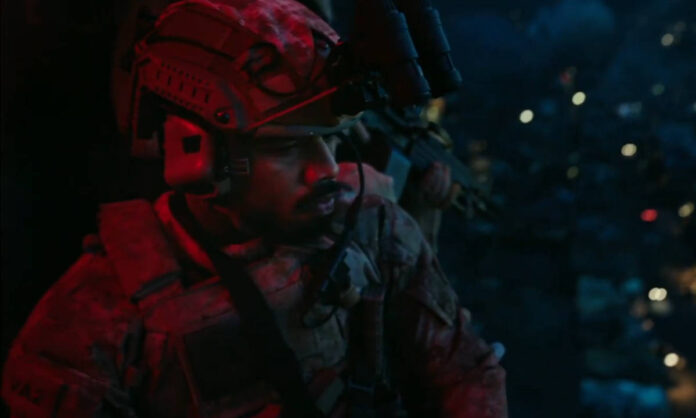 Amazon is going all-in on the Tom Clancy-verse. With the success of their Jack Ryan series starring John Krasinski, they’re now heavily pushing the Hell out of Without Remorse, which has Michael B. Jordan playing the author’s popular badass soldier, John Clark.

The film is an origin story for John Kelly aka John Clark, a Navy Seal who uncovers a vast conspiracy while seeking justice for the murder of his pregnant wife by Russian agents. Clark is basically considered the flipside to Ryan, showing more of a dark side and a willingness to use lethal force. You get a taste of that in this new trailer.

Behind the camera is Stefano Sollima (Sicario: Day of the Soldado) from a script co-written by Taylor Sheridan (Hell or High Water), so you know it’ll be all muscular and stuff. Jordan is joined by Jamie Bell, Jodie Turner-Smith, Luke Mitchell, Jack Kesy, Brett Gelman, Colman Domingo, and Guy Pearce.

Without Remorse hits Amazon Prime on April 30th. How long until we get the Clark/Ryan crossover?

Tom Clancy’s Without Remorse, or simply Without Remorse, is an upcoming American action thriller film starring Michael B. Jordan directed by Stefano Sollima and written by Taylor Sheridan and Will Staples. It is based on the 1993 novel of the same name by Tom Clancy and a spin-off of the Jack Ryan film series. The film tells the origin story of John Kelly (aka John Clark), a U.S. Navy SEAL, who uncovers an international conspiracy while seeking justice for the murder of his pregnant wife by Russian soldiers. When Kelly joins forces with fellow SEAL Karen Greer and shadowy CIA agent Robert Ritter, the mission unwittingly exposes a covert plot that threatens to engulf the U.S. and Russia in an all-out war.