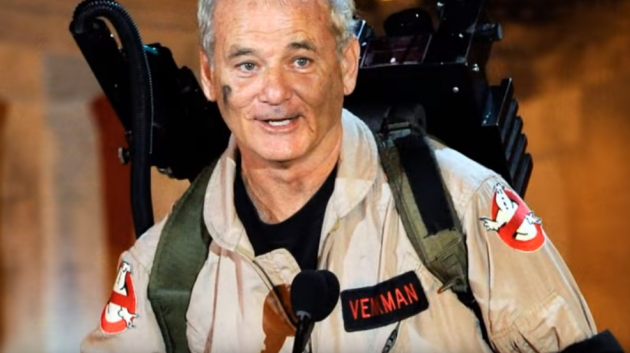 He’s probably one of the world’s most beloved celebrities but Bill Murray hasn’t exactly been loving through the years when talking about Ghostbusters, the film that launched him to super-stardom. He’d say crappy things, and we would laugh and say “oh, that Bill”, he’s notoriously hard to work with yet we all love him, because….simply put, he is who he is and he’s respected for that.

So why the semi-insulting intro? Well without that what’s to come loses some of it’s luster. Murray was attending (virtually) the Santa Barbara Film Festival, where he was being awarded the Maltin Modern Master Award, when the subject of Ghostbusters: Afterlife came up. Surprisingly Bill Murray was fully positive on the subject of the upcoming film. Rumor has it that the movie is going to be a bit of a tear jerker, especially when it comes to the late Harold Ramis, who’s legacy features heavily in the films plot. This may have something to do with Murray’s take, but I never really took him for the sentimental type. The praise was mostly heaped on Jason Reitman (son of the original Ghostbusters director, Ivan Reitman), and the story he put together with Murray saying:

“…he had a really, really wonderful idea that he wrote with another wonderful guy that I got to work with, Gil Kenan”

“I think he’s really got something,”

Again, considering the source this is a glowing review. While we should have been able to judge for ourselves almost a year ago, with the original release date set in June 2020, COVID had other plans. We still have a way to go, with the new release date set for Fall 2021. When the time finally comes I’ll be glad for the date change, when else should you release a Ghostbusters film but around Halloween?