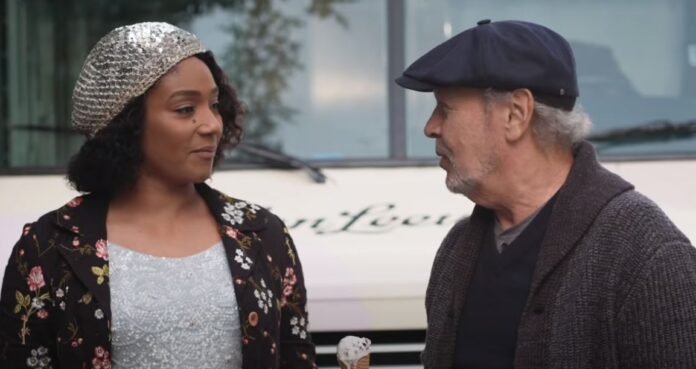 Ahh, the odd couple comedy, it sits high on the list of genres handed down from the Hollywood Gods and, if done right, is one of the few scenarios that really never gets old. At it’s core is a simple lesson…yes, people are different, but they are also the same. Probably something we could all stand to remind ourselves of a bit more these days. Here Today, a new comedy starring Billy Crystal and Tiffany Haddish, is that very special type of odd couple comedy that aims to make you cry as often as it makes you laugh. Crystal plays veteran comedy writer Charlie Burnz and Haddish takes on the role of Emma Payge, a New York City street singer.

I can tell you three things from watching this trailer. 1. This is going to be a very formulaic movie. 2. It won’t matter because Billy Crystal and Tiffany Haddish are apex predators in the comedy game and they both seem to be on their A game. 3. There will be tears, oh so many tears.

As a quick side note, I had no clue how much I had been missing seeing Billy Crystal on the big screen until I watched this. Keep working Billy! You’re a national treasure.

Check out the trailer below and let us know what you think in the comments.