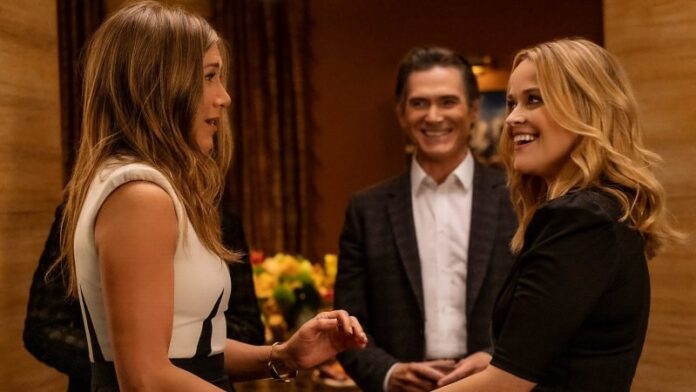 When Apple TV+ made their big launch in 2019, one of the crown jewel projects they had ready to go was The Morning Show. Leaning heavily on the star power of Reese Witherspoon, Jennifer Aniston, and Steve Carell, it was one of the early series that gave the fledgling streamer some awards cred, earning multiple Emmy nominations and a win for co-star Billy Crudup. And now it’s coming back for season two.

The new teaser for The Morning Show season two reveals a September 17th return date, and also offers a look at Julianna Margulies as news icon and UBA’s latest anchor Laura Peterson. This season seems to center around Alex (Aniston) and her decision to quit the network after she and Bradley (Witherspoon) publicly exposed a toxic work environment. We also see ex-The Daily Show and Patriot Act comedian Hasan Minhaj, who joins the cast as Alex’s replacement Eric Nomani.

Surprisingly, Carell returns as disgraced and recently-fired anchor Mitch Kessler, suggesting that his story is far from over.