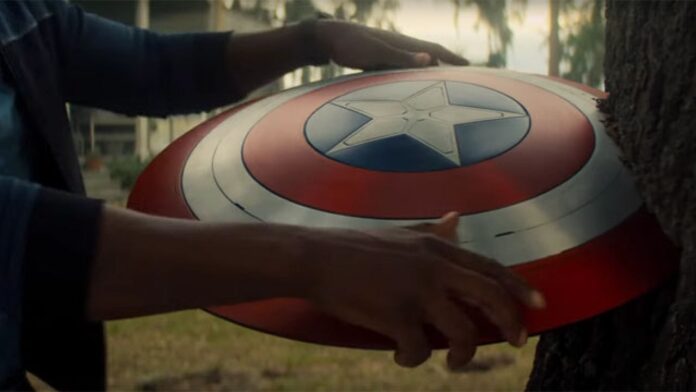 *SPOILERS of Falcon and the Winter Soldier below!!*

It’s been the question I’ve been fielding all day ever since the finale of The Falcon and the Winter Soldier. “What’s next?” Well, Marvel Studios aren’t going to let fans of Sam Wilson twist in the wind for long, as they’re planning to continue the story on the big screen.

THR reports that a fourth Captain America film is in the works, one led by Anthony Mackie whose Sam Wilson finally took up the shield for himself. The series largely dealt with Sam’s reluctance to become Captain America, due to reservations about fighting for a country where racism is as prevalent as ever. But he overcame those doubts, humbled the replacement Cap, John Walker, and finally decided to be the hero Steve Rogers wanted him to be.

The series has been received with acclaim by critics and fans alike, so Marvel isn’t going to mess with what works. They’re bringing back showrunner Malcolm Spellman to co-write this new Captain America film alongside Dalan Musson, a staff writer who actually penned the powerful fifth episode titled “Truth”. That episode is the one that revealed Isaiah Bradley’s past and it’s worth wondering whether his story will be part of this movie, as well. Or perhaps this is where we see more of his grandson, Eli Bradley, the future hero known as Patriot?

There a dozen possible story threads from the series that Captain America 4 could follow. Will Bucky (Sebastian Stan) return by Cap’s side? Will Sharon Carter’s (Emily VanCamp) turn to the dark side have an immediate impact? And what about John Walker (Wyatt Russell), who is now fully the USAgent and working alongside the mysterious Valentina (Julia Louis-Dreyfus) who has shady plans of her own.

And does this news have anything to do with Chris Evans’ rumored return as Captain America? Deadline adds that if such a project with Evans exists, it would be separate from Mackie’s.

No word on a director but you’d have to think Marvel is considering Kari Skogland, who did such a great job on the series. If so, this would be her first feature since 2007’s The Stone Angel.