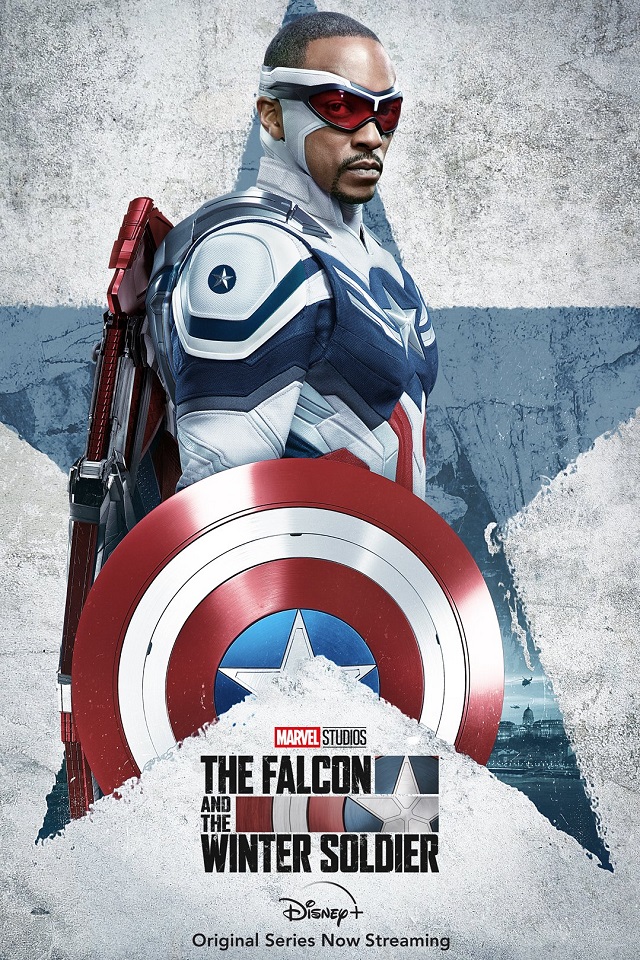 So, you think Marvel Studios isn’t committed to Anthony Mackie as Captain America? They’re putting that thought to rest today with the release of a new poster that puts Sam Wilson front and center in the stars & stripes costume he was sporting at the end of six episodes of Falcon and the Winter Soldier.

It serves as a nice “Welcome to your new Captain America!” message for fans, and the perfect way to wrap up a series of character posters featuring the show’s cast.