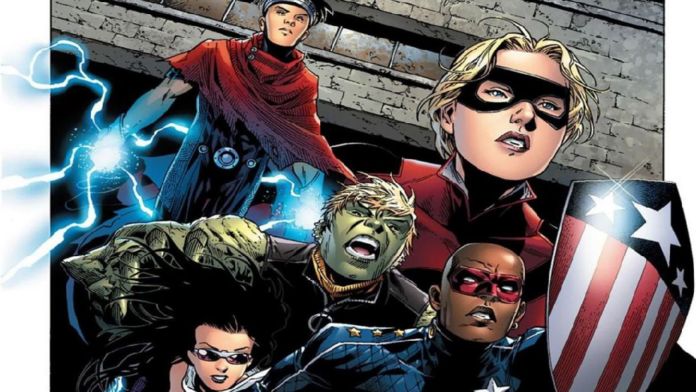 There are major changes coming during Marvel’s Phase 4. Out of necessity, considering the conclusion to Avengers: Endgame, a new crop of heroes will have to emerge. Given the projects that we’ve already seen, like WandaVision, and those on the horizon, fans have begun to put the pieces together that a Young Avengers team is forming. But is that necessarily the case? Only Marvel Studios chief Kevin Feige knows the answer, and speaking with EW he would only say that it’s up to the fans…

“As a comic fan, anything in the comics is always our inspiration and our guide point,” explained Feige. “How those things come together and in what shape, it’s always subverting expectations, it’s always half the fun as meeting them. But, yes, you can certainly see that Phase 4 is introducing all sorts of new types of characters with the potential being endless.”

“Now, all of us at Marvel Studios feel like Nick Fury at the end of ‘Iron Man 1,’ as new actors and new performers come in, and we tell them they’re part of a bigger universe. They just now have to do the work required to build their audience. I’m happy to say, everybody that’s here, certainly where I’m sitting now, is doing amazing work, and [I] can’t wait to show them the world.”

We’ve already seen a couple of Young Avengers members pop up in the MCU, starting with  Billy and Tommy (Julian Hilliard and Jett Klyne), Wanda and Vision’s twin sons in WandaVision. Others due to arrive or get bigger roles are Cassie Lang (Kathryn Newton) in Ant-Man 3, Kate Bishop (Hailee Steinfeld) in Hawkeye, America Chavez (Xochitl Gomez) in Doctor Strange 2. I also believe there’s a good chance we see Patriot in Falcon and the Winter Soldier, and young Loki in the mischievous god’s upcoming series. It’s also possible Marvel adds characters like Ms. Marvel (Iman Velani) and Ironheart (Dominique Thorne) to the squad.