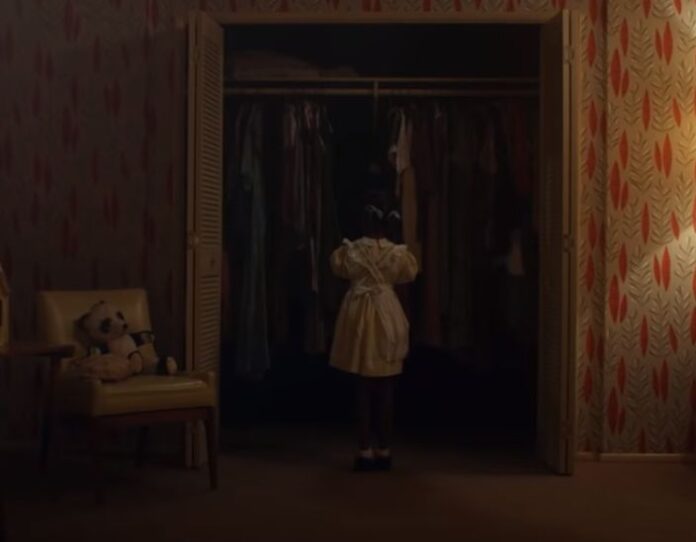 There seems to be a trend recently of adding evil supernatural forces to times when the regular ole’ natural evil forces were terrifying enough for African-Americans, and the results are, by and large, as disturbing as you’d imagine. Lovecraft Country took the idea and launched subtlety out the window, Little Marvin’s upcoming Amazon Prime series Them: Covenant seems to be relying on that missing subtlety to deliver a creeptastic message. Even if you take the racism out of the 50s and 60s I think we can all agree that there is/was something inherently creepy about that suburban family ideal, it was all so….Stepford. Now imagine you’re an African-American family searching for that American dream. You save up enough for a beautiful house with a picket fence for your family to live, you’re the only non-white family on the block and the welcome wagon is suspiciously late rolling in. Now add demons, or ghosts, or whatever else is going on in this neighborhood and you end up with what we can all classify as a worst case scenario. Here’s the official synopsis:

A Black family moves to an all-white Los Angeles neighborhood where malevolent forces, next door and otherworldly, threaten to taunt, ravage and destroy them.

Outside of the obvious there seems to be a very clever layering of the supernatural on top of the (unfortunately) expected evil facing the family. The series is scheduled for 10 episodes, so I’d imagine we don’t get to the otherworldly stuff until a few episodes in, just enough to keep us on our toes.

Them: Covenant is released, in it’s entirety, on April 9th, 2021 on Amazon Prime.