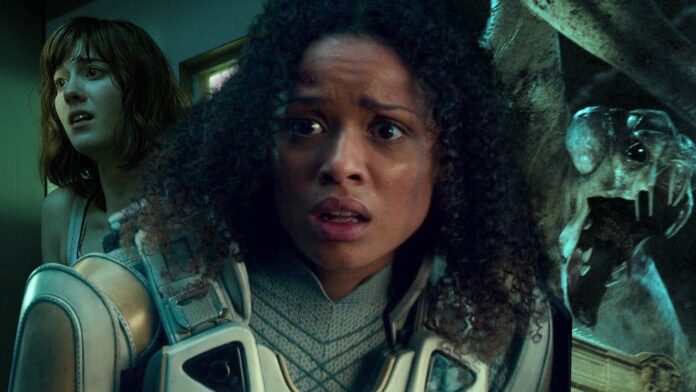 Rumors of the Cloverfield franchise’s demise have been greatly exaggerated. While 2018’s The Cloverfield Paradox was punted over to Netflix by Paramount and was met with scathing reviews, JJ Abrams’ Bad Robot has another film in the works right now, and a director has already been found.

Deadline reports that Babak Anvari will direct the fourth Cloverfield movie for Paramount and Bad Robot. The film will have a script by Joe Barton (Gara/Hiji), with Abrams, Matt Reeves, and Drew Goddard as producers.

Of course, there are no details, and true to the franchise it will largely remain secret until close to release. It will certainly have some kind of connection to the previous movies as they are all linked in some way. There is something a bit different here, though. The last couple of Cloverfield movies went into production under coded names, so nobody was aware of them until much later. In the case of 10 Cloverfield Lane, it wasn’t until after shooting began that the decision was made to link it to Cloverfield. The Cloverfield Paradox‘s director didn’t learn of the connection until after the start of filming.

So Anvari is going in with his eyes open, which is something new. Anvari is best known for the Armie Hammer/Zazie Beetz thriller, Wounds, which I have, sadly, reviewed here before.

More details on the next Cloverfield as they drop.