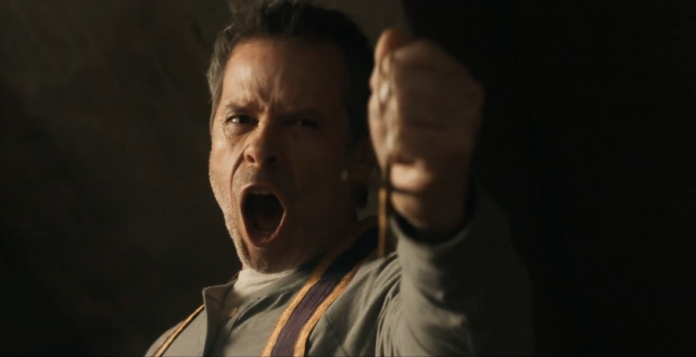 There may be no more reliably scary horror than the exorcism film. The thought of having one’s body and soul taken over by an evil spirit has chilled the bones of audiences for decades, and Hollywood will never stop making movies about it. The latest, titled The Seventh Day, doesn’t appear to be breaking from the mold, but at least it has Guy Pearce.

Pearce plays an expert Priest in the art of exorcism, who takes a young apprentice under his wing. Together they take on the case of a boy who has murdered his entire family, only to face personal demons of their own.

The film is written and directed by Justin P. Lange (The Dark), with a cast that includes Vadhir Derbez, Stephen Lang, Brady Jenness, Robin Bartlett, and Keith David.

The Seventh Day opens in theaters and VOD on March 26th.

Renowned exorcist Father Peter (Guy Pearce) teams up with a rookie apprentice for his first day of training. As they plunge deeper into hell on earth, the lines between good and evil blur and their own demons emerge.