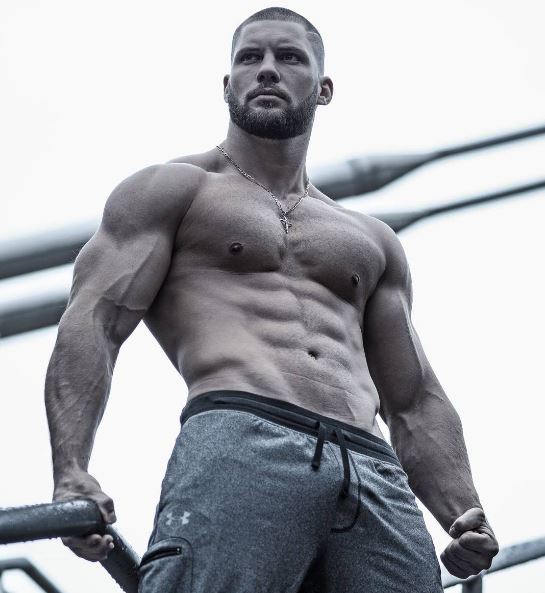 For months Sylvester Stallone has been teasing Creed 2 as a return for Ivan Drago, the Russian boxer who killed Apollo Creed in Rocky 4. Apollo’s death would not only serve as motivation for Rocky Balboa to get payback in the ensuing fight, but later would also drive Apollo’s son, Adonis, to become a championship fighter. While a couple of names have been mentioned as possibilities to play the son of Ivan Drago, because there’s no way Dolph Lundgren is getting back in the ring at his age, nobody had confirmed for the role until now. And this dude, who I’ve never heard of and never seen before in my life, is a true monster of the squared circle.

Romanian boxer Florian “Big Nasty” Munteanu has been cast as Drago’s son, according to The Tracking Board and Stallone himself. Homie is a straight up bruiser, 6’4″ and 245 lbs and I’m guessing not a lot of body fat. This guy has more abs than I have hairs on my face. He doesn’t even look like a boxer, he looks like a pro wrestler who should be powerbombing dudes through tables like Braun Strowman. Take a peek at this workout montage which looks like it was ripped straight out of a previous Rocky movie…

So I’m supposed to believe Michael B. Jordan’s Adonis Creed can beat this guy? I’m guessing this will be the classic speed vs. strength matchup with a storyline to match. That’s up to screenwriter Cheo Hodari Coker (Luke Cage) to figure out, but I’m guessing the cocky, headstrong Adonis will want to slug it out and Rocky will spend the movie trying to convince him how stupid that is.