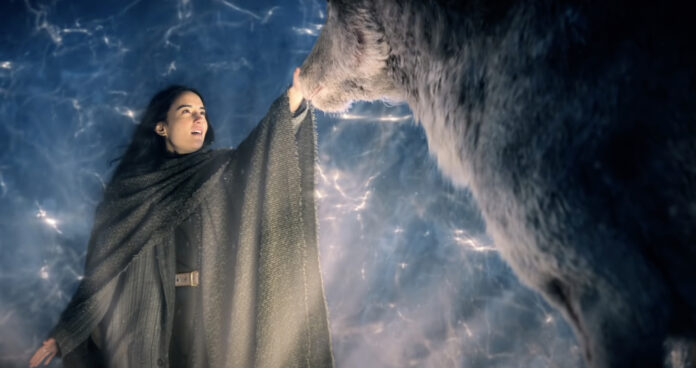 I’ll be the first to admit that Shadow & Bone is something I know nothing about. The Grishaverse, which is apparently a wildly popular series of YA fantasy novels, is completely foreign to me. But I do know when a bunch of really talented creative folks gather on a project that is then snatched up by Netflix and hyped as the next big series in streaming, it’s worth paying attention to.

Behind the upcoming series is writer, producer, and showrunner Eric Heisserer, who wrote Denis Villeneuve’s Arrival, one of the best sci-fi movies in years. He’s joined by director Lee Toland Krieger of Celeste and Jesse Forever, and Stranger Things producer Shawn Levy.

I won’t even attempt to describe what it’s about. Here’s the synopsis: Based on Leigh Bardugo’s worldwide bestselling Grishaverse novels, Shadow and Bone finds us in a war-torn world where lowly soldier and orphan Alina Starkov has just unleashed an extraordinary power that could be the key to setting her country free. With the monstrous threat of the Shadow Fold looming, Alina is torn from everything she knows to train as part of an elite army of magical soldiers known as Grisha. But as she struggles to hone her power, she finds that allies and enemies can be one and the same and that nothing in this lavish world is what it seems. There are dangerous forces at play, including a crew of charismatic criminals, and it will take more than magic to survive. Shadow and Bone is a Netflix production from 21 Laps Entertainment, starring Jessie Mei Li (Alina Starkov), Archie Renaux (Malyen Oretsev), Freddy Carter (Kaz Brekker), Amita Suman (Inej), Kit Young (Jesper Fahey), and Ben Barnes (General Kirigan).

I’m getting a strong His Dark Materials vibe from this one, and the production values, which can sometimes be a bit sketch on some Netflix shows, look pretty high. Color me intrigued.