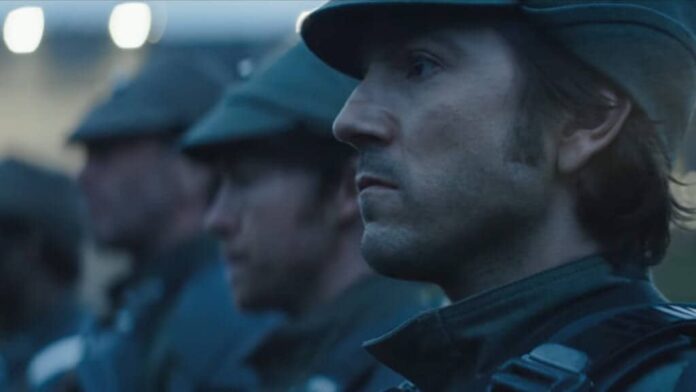 Now that Obi-Wan Kenobi is out of the way, next up for Star Wars on Disney+ is Andor. The Rogue One prequel series is probably flying a bit under the radar compared to other shows, but this trailer might be what changes that. Diego Luna returns as Cassian Andor, in a story reveals how he becomes an unlikely hero as a rebel spy during the Empire’s formation.

Featured heavily in this footage are Stellan Skarsgard as Luthen, who appears to be the man who recruits Cassian Andor to fight for a cause bigger than himself. We also see Forest Whitaker reprising his role as Saw Gerrera, a Clone Wars veteran who really gets around.

Also with this new trailer is a release date of September 21st when the first three episodes are expected to drop.

Tony Gilroy, the man who basically rescued Rogue One, is back as showrunner and top writer. He’ll also direct episodes with Susanna White and Ben Carson. Joining Luna, Skarsgard, and Whitaker in the cast are Denise Gough, Adria Arjona, Kyle Soller, Fiona Shaw, and Genevieve O’Reilly as Mon Mothma.

The “Andor” series explores a new perspective from the Star Wars galaxy, focusing on Cassian Andor’s journey to discover the difference he can make. The series brings forward the tale of the burgeoning rebellion against the Empire and how people and planets became involved. It’s an era filled with danger, deception and intrigue where Cassian will embark on the path that is destined to turn him into a rebel hero.