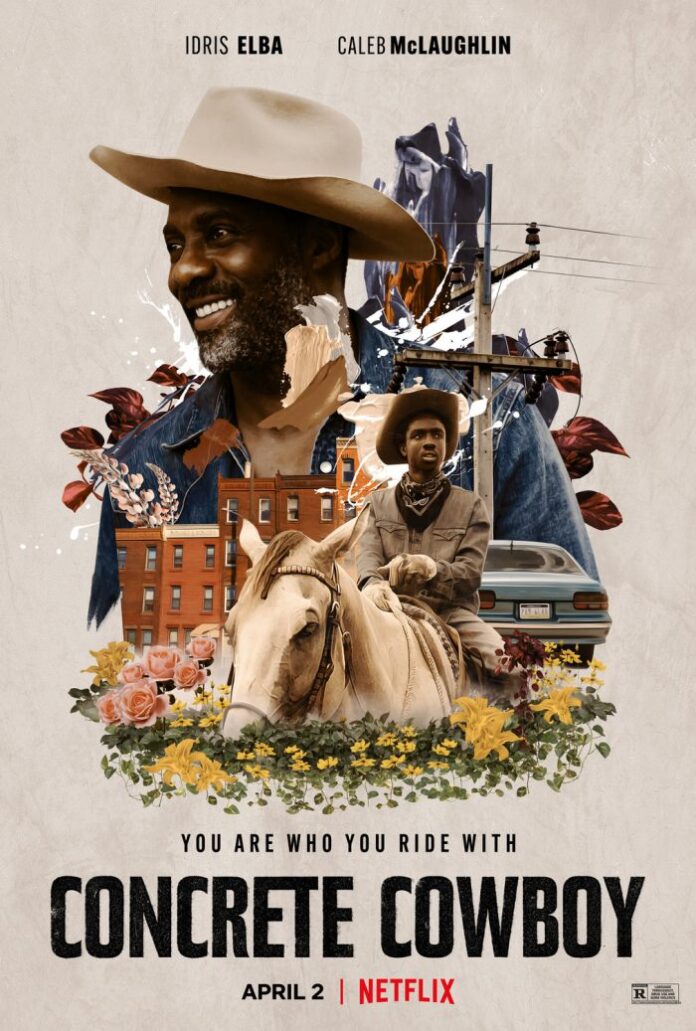 It’s been a while since we heard anything about Concrete Cowboy, the Idris Elba film in which he plays an urban cowboy on the streets of Philadelphia. I saw it at Middleburg a few months ago, not long after it had been acquired by Netflix. And now the streamer has finally given it a release date of April 2nd.

The film marks the directorial debut of Ricky Staub, and stars Elba as Harp, a Philadelphia man who seeks to help his estranged son (Caleb McLaughlin of Stranger Things) stay out of trouble by having him work at the Fletcher Street Stables, a real-life Black urban horsemanship community that has existed for over 100 years.