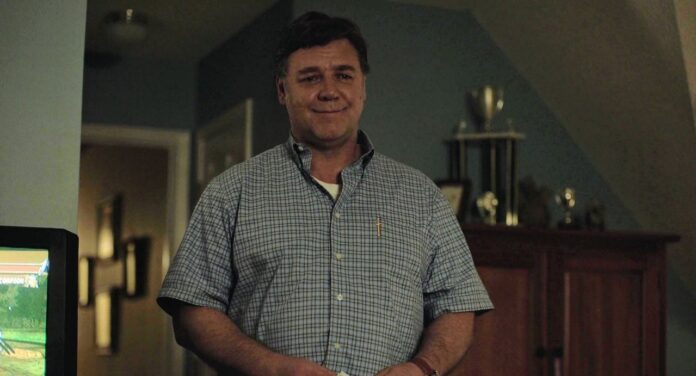 Russell Crowe had one of the biggest hits of the pandemic era with his thriller, Unhinged, and now he’s landed on what’s coming next. Rocket Science has announced that Crowe will play renowned Abstract Expressionist painter Mark Rothko in a biopic from director Sam Taylor-Johnson.

Crowe will head up the Rothko cast, a starry group that includes Aisling Franciosi (The Nightingale), Michael Stuhlbarg (Shirley), Jared Harris (Mad Men), the director’s husband, Aaron Taylor-Johnson, most-recently seen in Tenet. The film centers on Kate Rothko and the legal battles to prevent her father’s legacy of work from falling into the hands of a corrupt elite.

The film was written by Lara Woods. Taylor-Johnson is probably best known for directing Fifty Shades of Grey, before walking out on the franchise due to disagreements with author E.L. James. She also helmed 2009’s Nowhere Boy, which is where she met her future husband, and 2018’s James Frey adaptation A Million Little Pieces.

Crowe was recently seen as Roger Ailes in Showtime’s series The Loudest Voice. He’ll be seen next in horror The Georgetown Project.

Filming on Rothko begins this summer.