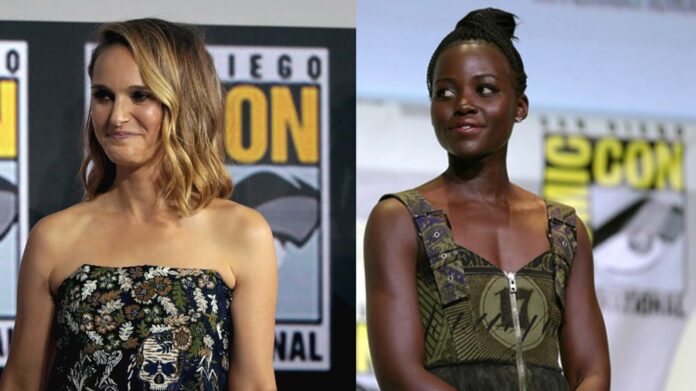 Another day, another set of A-list actors making the move to streaming television. This time it’s Oscar winners Natalie Portman and Lupita Nyong’o, who are headed to Apple TV+ for Lady in the Lake, a series from director Alma Har’el.

Deadline reports Portman and Nyong’o will star in Lady in the Lake, a limited series for Apple TV+. Behind the camera is Alma Har’el, who recently directed the Shia LaBeouf drama Honey Boy. She will also co-write the script with Dre Ryan.

Lady in the Lake is set in 1960s Baltimore and follows housewife and mother Maddie Schwartz (Portman) who reinvents herself as an investigative journalist in the wake of an unsolved murder. This puts her in the path of hard-working mother Cleo Sherwood (Nyong’o) who is instrumental in pushing forward Baltimore’s Black progressive agenda.

This marks the television series debut for both actresses. Portman is an Oscar winner for her performance in Black Swan. She most recently starred in Lucy in the Sky and will star next in Thor: Love & Thunder. Nyong’o won her Academy Award for 12 Years a Slave, and will be seen next in spy thriller The 355.

I’ll be honest, Apple TV+ has yet to really grab me, but that could change with the incredible star power they’re signing on a regular basis. This is the kind of series, clearing meant to be a prestige model, that has my attention.