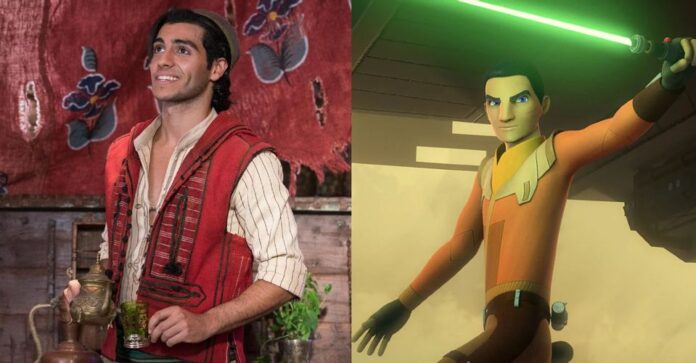 From Agrabah to a galaxy far far away, Aladdin’s Mena Massoud is headed for the Star Wars universe. After rumors swirled that Massoud would play Star Wars Rebels’s  Ezra Bridger in Ahsoka, the 29 year old actor responded on social media.

Quoting a line directly from a season 2 episode of Star Wars Rebels, Massoud wrote “Hey, just so you know, when I escape I won’t hurt any of you,” on a shirtless instagram post. While that’s not direct confirmation, in this day and age a tease and a hint is enough proof to hold off more rumors.

If cast in Ahsoka, Mena Massoud would be joining Rosario Dawson in the title role, who was once a Padawan to Anakin Skywalker and was a major player in the Clone Wars. Dawson also played the character in The Mandalorian.