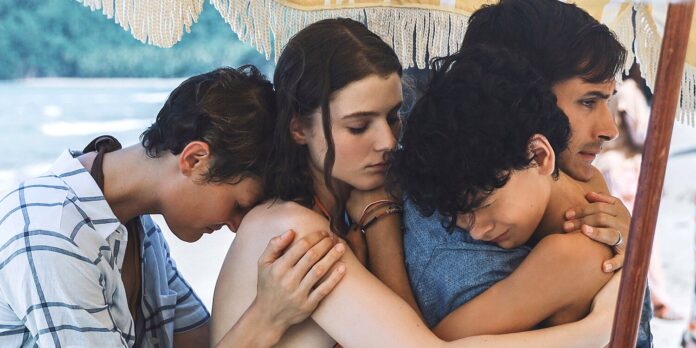 A mixed bag here for M. Night Shyamalan. His latest thriller, Old, topped the charts with $16.5M plus another $6M overseas. Not bad for these pandemic times. However, the film was terribly well-received, and that domestic launch is the lowest grossing of his career. Damn. That said, Old can hardly be considered a dud. The fable-esque story about a group of people on an isolated beach that ages them rapidly only cost the filmmaker about $18M, far from the blockbuster-sized films of his past.

Ugh. This is sad, but not unexpected. Nobody really asked for a prequel/relaunch of the GI Joe franchise, even one centered on its most popular character. Snake Eyes: GI Joe Origins cast Crazy Rich Asians pretty boy Henry Golding as the masked ninja commando, and opened with just $13.5M. That’s a far cry even from the previous two films, with GI Joe: The Rise of Cobra making $300M in 2009 and the Dwayne Johnson/Bruce Willis/Channing Tatum-led GI Joe: Retaliation only mustering $375M in 2013. Perhaps it’s time to accept that people don’t want GI Joe on the big screen?