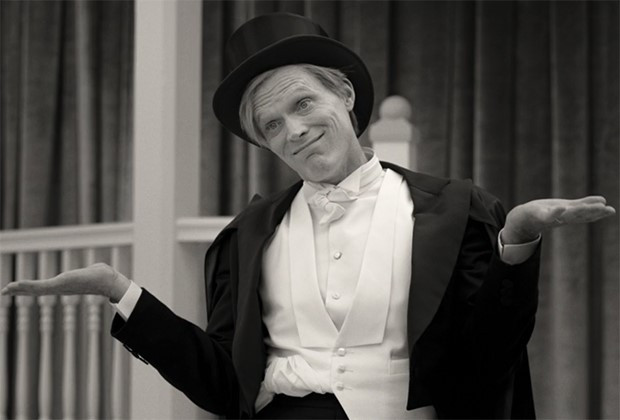 Is it me, or has WandaVision quietly become “The Monica Rambeau Show”?  Hey, I’m okay with it. Teyonnah Paris has been amazing as the future Captain Marvel/Ms. Marvel/Photon/Spectrum or whatever name she decides to go by, and her prevalence in the series has been one of the great surprises. But there have been others, like the inclusion of Evan Peters as Quicksilver, and more to come according to Vision himself, Paul Bettany. There’s at least one more major cameo, and Bettany tells Esquire that it won’t be who fans expect…

“Truth is, of all of the characters we were trying to keep secret, a lot of them got out through leaks,” Bettany said. “There is one character that has not been revealed. And it is very exciting. It is an actor I’ve longed to work with all of my life. We have some amazing scenes together and I think the chemistry between us is extraordinary and fireworks on set.”

So obviously that leaves out Benedict Cumberbatch as Doctor Strange, even though WandaVision supposedly leads directly into Doctor Strange in the Multiverse of Madness. Could it, instead, be one of the Marvel Universe’s greatest baddies, who is known for manipulating grief to his own twisted ends?

“Some of them are eerily accurate,” Bettany said. “But this one that mentions Mephisto? I can’t speak to… right now. Because I’m worried about getting fired.”

The Agatha Harkness reveal was telegraphed from the very beginning, as awesome as it still turned out to be. But Harkness, I believe, isn’t doing this on her own. She’s either working for someone or with someone, and that means someone even more powerful than her. Mephisto would definitely qualify, but I don’t think Bettany would even say his name if it were him.  I have this feeling Baron Mordo (Chiwetel Ejiofor) is somehow involved in all of this,  but I’m happy to be surprised right along with everyone else.