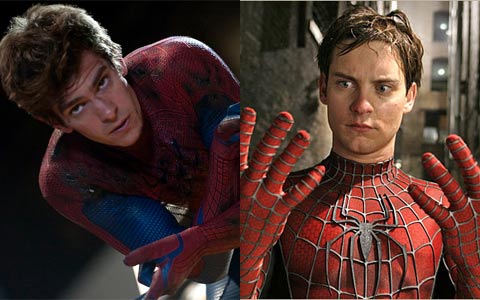 This latest news about Marvel’s Spider-Man 3 is interesting. It doesn’t exactly fall in the category of “rumor”, because it comes from star Tom Holland who should know what’s going on. But at the same time, he’s terrible at keeping secrets so the straight-forward nature of his info leads me to believe he’s pulling our legs.

In an interview with Esquire, Holland addressed the loudest, most persistent rumor about Spider-Man 3, which is that Tobey Maguire and Andrew Garfield will return as their versions of Peter Parker. Fans definitely hope to see it, since the movie is delving deep into the Multiverse with the return of Jamie Foxx as Electro and Alfred Molina as Doctor Octopus. But according to Holland, the Maguire and Garfield returns ain’t happening.

“No, no, they will not be appearing in this film,” Holland said. “Unless they have hidden the most massive piece of information from me, which I think is too big of a secret for them to keep from me. But as of yet, no. It’ll be a continuation of the Spider-Man movies that we’ve been making.”

I doubt Marvel could keep something like this from Holland, even if they wanted to just to stop him from spoiling it. So either Holland is being honest here, or he’s trying to throw us off the scent. Eagle-eyed fans will be watching the set photos, I’m sure.